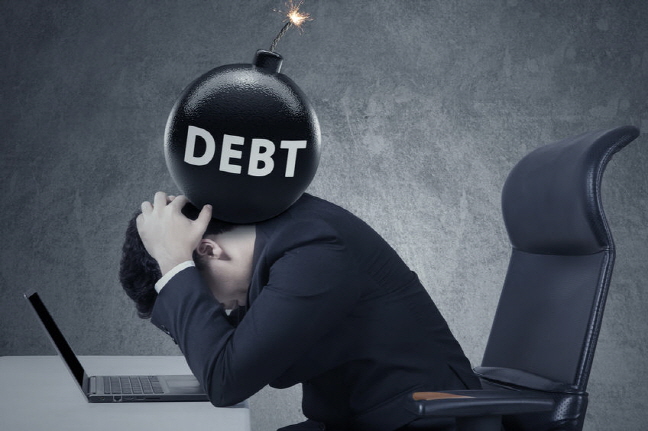 Of all the individuals with household debt, 9.8 percent said they had failed to meet the deadline for principal or interest payments in the past year, and 5.7 percent said they wouldn’t be able to repay their debts. (image: Korea Bizwire)

SEOUL, Dec. 21 (Korea Bizwire) — New data shows that wealthy South Koreans are more indebted than ever, meaning that so called “the rich getting richer” phenomenon in household debts is becoming ever more serious.

It is estimated that the top income bracket borrowed additional money to purchase real estate, but higher housing prices led to an increase in debt.

According to a joint report from Statistics Korea, the Bank of Korea and the Financial Supervisory Service, average household debt will have increased by 6.1 percent on an annual basis by the end of this year.

When dividing subjects by income, the increase in debt is most notable for the top income bracket, homeowners in their 40s, and those who actually own a house, not rent.

Specifically, the top 20 percent of the population showed a debt increase of 8.8 percent, while the debt among the lowest 20 percent only increased by 2.2 percent.

Though the growth rate of financial liabilities was more than double that of income growth, assets increased by 6.9 percent.

This may be interpreted as the result of buying real estate with the combination of income growth and debt, leading to increased asset value.

As one of the heads of Statistics Korea put it, in certain age groups, loans are often taken out to purchase a house or start a business, which is the main source of debt increase.

Of all the individuals with household debt, 9.8 percent said they had failed to meet the deadline for principal or interest payments in the past year, and 5.7 percent said they wouldn’t be able to repay their debts.

The most common reasons for past delinquency were “loss of income”, the “loss of self-financing money”, and “increase in principal repayment burden”.