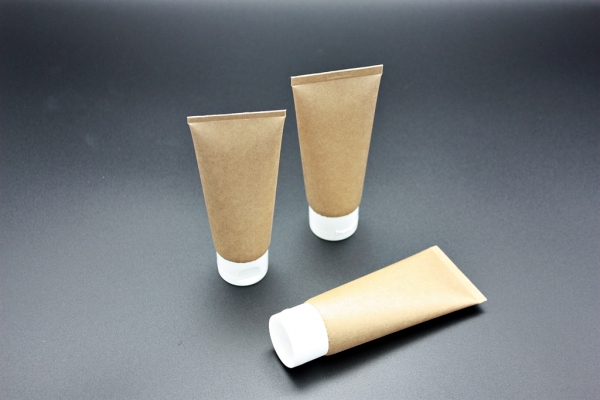 Excluding the cap, which is made of plastic, the new packaging reduces the use of plastics for other parts by about 70 percent compared to existing containers.

AmorePacific explained that the focus was on making the packaging as airtight as possible, enabling the cosmetics contained in the paper tube to be used safely for up to three years.

“The newly-developed paper tube overcame the limits of existing paper containers, while clearing the way for the commercialization of paper packaging technology that can maintain the quality of cosmetics products for a long period of time,” said Park Young-ho, head of AmorePacific’s technology research institute.

“We’re also engaged in the development of new-concept paper containers that guarantee a long shelf-life, while being 100 percent compostable.”

The company said that it had established a mass production system for the eco-friendly paper tubes, adding that it will release paper tube-applied cosmetic products under the Primera brand within the first half of this year.