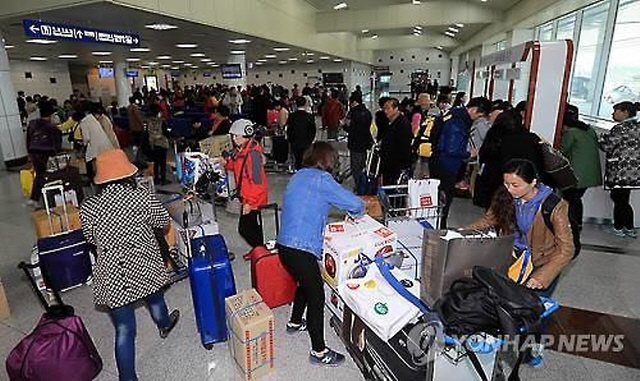 Gangwon Province is allowing Chinese group tourists to stay up to 10 days without visas, an increase from the previous five-day limit, if they arrive at Yangyang International Airport on the country’s east coast, said Kim Nam-jung, an official handling the issue in Gangwon Province.

The Chinese tourists can travel within Gangwon Province, to Seoul and its adjacent metropolitan areas, and to the country’s southern resort island of Jeju during their stay, Kim said, adding the new measure took effect on Tuesday.

Still, he said, the Chinese tourists are not allowed to visit areas other than those designated.

The move could boost trips to the province by Chinese tourists. The eastern province is one of the most popular tourist destinations among local South Koreans. The province includes Pyeongchang county, the host of the 2018 Winter Olympics.

The number of Chinese tourists visiting South Korea fell 2.3 percent on-year to 5.98 million people last year, after the country was hit by the outbreak of Middle East Respiratory Syndrome.