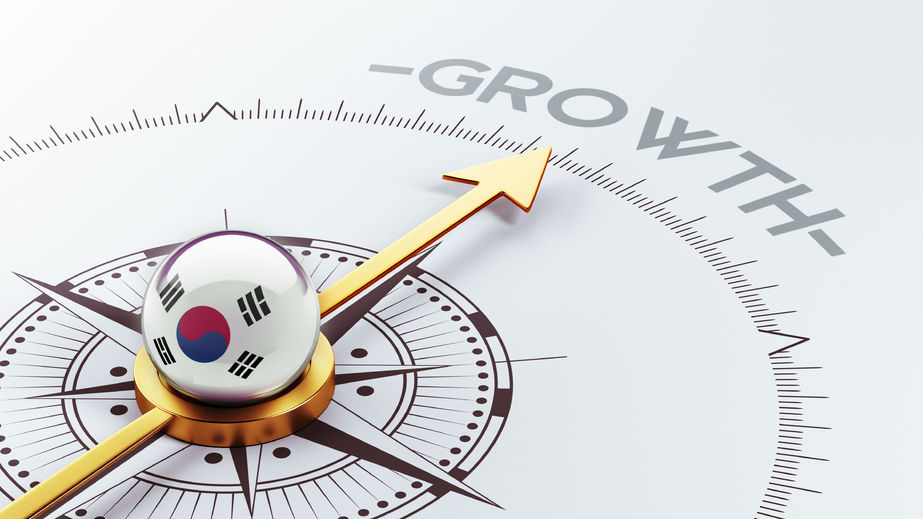 The ministry lowered its 2016 economic growth outlook by 0.3 percentage point to 2.8 percent, joining other private institutions that have already made downward revisions of their own growth estimates. (image: KobizMedia/ Korea Bizwire)

SEJONG/SEOUL, June 28 (Korea Bizwire) – South Korea’s finance ministry on Tuesday said it has trimmed its growth estimate for the year, while seeking to draw up a 10 trillion won (US$8.45 billion) extra budget to buttress Asia’s fourth-largest economy against headwinds such as a slump in domestic and overseas demand and, more recently, Britain’s unexpected vote to leave the European Union (EU).

The ministry lowered its 2016 economic growth outlook by 0.3 percentage point to 2.8 percent, joining other private institutions that have already made downward revisions of their own growth estimates.

The government’s latest growth projection is on par with a forecast made in April by the Bank of Korea, but is slightly higher than the 2.7 percent expansion estimate by the International Monetary Fund.

“Our economy will likely lose momentum in the second half due to sluggish exports and the end of the government-led tax-cut programs,” said Lee Ho-seung, director general at the Ministry of Strategy and Finance.

“The ongoing corporate restructuring process will also have a heavy impact on employment, investment and production.”

Finance Minister Yoo Il-ho noted the local economy, along with the rest of the world, may face additional and possibly long-term problems caused by Britain’s exit from the EU, known as Brexit, down the road.

The government “will thoroughly analyze the mid- and long-term impact Brexit will have on trade, foreign exchange and financial markets, and take pre-emptive measures,” he said in a joint press conference in Seoul.

Yoo, who is also vice prime minister, was joined by six other top government officials, including the minister of trade, industry and energy, and the head of the top financial regulator the Financial Services Commission.

He said his ministry was forced to revise down the growth forecast as “unexpected” downside risks, such as protracted low oil prices and the Brexit, are likely to weigh heavily on the market from the beginning of the year.

“I’ll make no excuse for having had a wrong outlook in the end,” said South Korea’s top economic policymaker. “We failed to meet the target due to the unexpected external downbeat pressure.”

The finance ministry said sluggish exports, one of the country’s key economic drivers, are forecast to continue to face a setback in the coming months because of contracted global demand.

The country’s exports will likely fall 4.7 percent in 2016 from a year earlier, narrowing from an 8 percent drop in 2015, with imports declining 6 percent on-year, according to the ministry.

Its current account surplus will contract to $98 billion this year from $105.9 billion last year as imports increased by a wider margin than exports due to rising oil prices, it forecast.

Also, spending at home does not show signs of an uptick. For one, sales of passenger cars jumped 18.9 percent on-year in March on the back of tax benefits, but its growth slowed to 5.8 percent in April. The figure is expected to backtrack in the second half, as the six-month tax program will come to an end this month.

On the production side, industrial output fell 2.8 percent on-year in April, posting negative growth for the second consecutive month and widening its downward pace from March.

Moreover, due to a slowdown in the global economy and the Brexit vote, financial uncertainties throughout the world have recently heightened to a large extent, probably making consumers and companies tighten their belts down the road, which may further sap demand here.

Also, nationwide corporate restructuring is underway in the most-troubled shipbuilding and shipping sectors, with massive layoffs and bankruptcies of subcontracting companies in store.

He said some estimates forecast some 60,000 workers may lose their jobs under the ongoing corporate restructuring process in the shipping and shipbuilding sectors.

“The government will strengthen its support for the socially and economically weak, including irregular workers, small and medium-sized companies, and self-employed people that are the ones to first be affected should economic conditions deteriorate,” he said.

To counter such downside risks, the government said it needs to inject a combined 20 trillion won, including the proposed extra budget, by utilizing tax revenue surpluses and various state-run funds.

The finance minister said the government will complete the parliamentary procedures as soon as possible so as to minimize the negative repercussions coming from outside South Korea.

The finance ministry added that the proposed extra budget will be financed with a tax surplus and others, without selling state bonds.

“We will map out the supplementary budget without issuing Treasury bonds,” Lee, the director general at the finance ministry said. “We will raise the money by using last year’s rolled-over tax revenue and this year’s expected tax surplus.”

The exact size of the supplementary budget will be determined after more consultations with the parliament, according to the ministry.

Another 10 trillion won will be spent through state-run corporations such as the Korea Electric Power Corp., it said.

The ministry said the extra money will make it possible for the government to push for expansionary policy measures to achieve the growth goal this year. In the first quarter, the country’s 0.5 percent economic growth was largely fueled by fiscal spending.

Meanwhile, the country’s ruling party has been urging the government to consider fiscal reinforcement as a way to fuel economic recovery.

But it is uncertain if the proposed supplementary budget will be approved by the parliament as is initially proposed, as the ruling party lost its majority in the National Assembly in the April 16 general elections.

The ruling Saenuri Party claimed that an extra budget is needed to support the ongoing corporate restructuring. While the opposition parties agreed to the plan in principle, they demanded the government earmark more money for free child care services.

The government’s extra budget proposal also chimes in with the Bank of Korea’s recent rate cut to fuel an economic recovery.

Early this month, the central bank slashed its policy rate to a record low of 1.25 percent, calling on the government to take similar actions.