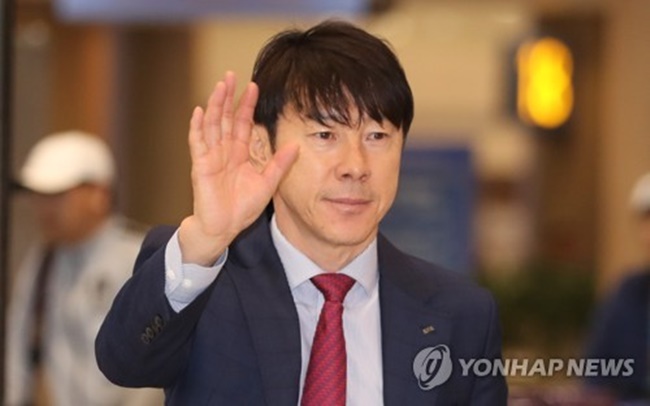 Shin will fly to Japan on Saturday and will return home Sunday after watching J1 League matches, an official with the Korea Football Association (KFA) said. Shin, however, didn’t reveal which matches he will attend.

The 48-year-old coach is expected to announce his 23-man squad for the 2018 FIFA World Cup in May. South Korea are in Group F at the World Cup in Russia, along with Germany, Sweden and Mexico.

Although Shin hasn’t announced the matches he will see in Japan, pundits expect that he will attend the clash between Cerezo Osaka and Sagan Tosu in Osaka, Japan. Cerezo have goalkeeper Kim Jin-hyeon and forward Yang Dong-hyun, while Sagan Tosu have defender Jeong Seung-hyeon, who has four caps for South Korea.

Among them, Kim was selected to the national team last month for South Korea’s friendly matches against Northern Ireland and Poland. He, however, didn’t play a single minute as Kim Seung-gyu, who plays with Vissel Kobe in Japan, started both matches.

On Sunday, Kashiwa Reysol, which has midfielder Kim Bo-kyung, will play against Sanfrecce Hiroshima at home. Kim, who has 36 caps with South Korea, hasn’t played for the national team since last October.