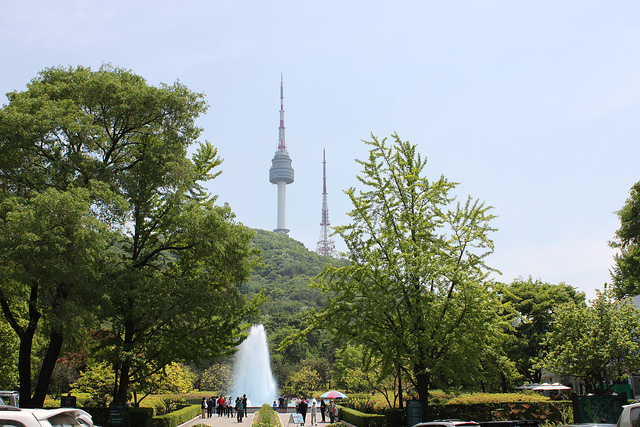 The city government said that it would transform the area along the road to Mt. Nam near Seoul Animation Center into a cartoon-themed tourism spot while retaining the original shape. (image:Jess & Peter Gardner@flickr)

SEOUL, Korea, Dec 18 (Korea Bizwire) – Beginning with “Run Hani” that attracted children to the TV in the 1980s, there have been so many cartoon series in print and on the Internet that won the hearts and minds of our children, including “Princess Hours,” “God Bless,” and “Miseng.” On the uphill road to Mt. Nam in downtown Seoul from Myeongdong Subway Station to Seoul Animation Center, the city government has created a 450-meter section filled with comic strip images on the walls and signboards.

In addition to the street exhibition space called “Jaemi-ro,” the government will soon build a cultural center nearby “Jaemi-rang” that will act as a gathering place for cartoon creators and a discussion forum between the cartoonists and their fans.

The city government said on December 17 that it would transform the area along the road to Mt. Nam near Seoul Animation Center into a cartoon-themed tourism spot while retaining the original shape. Although very close to Myeongdong and Mt. Nam, Seoul’s most-visited tourist attractions, the area has not seen much development.

The city government, as well as the local residents, began the renovation work from early this year and will hold an open ceremony at 2 pm on the 19th. The initial displays include artworks donated by 70 or so cartoon artists such as Lee Jin-ju (the author of “Run Hani”), Yoon Tae-ho (“Miseng”), and Ju Homin (“God Bless”).