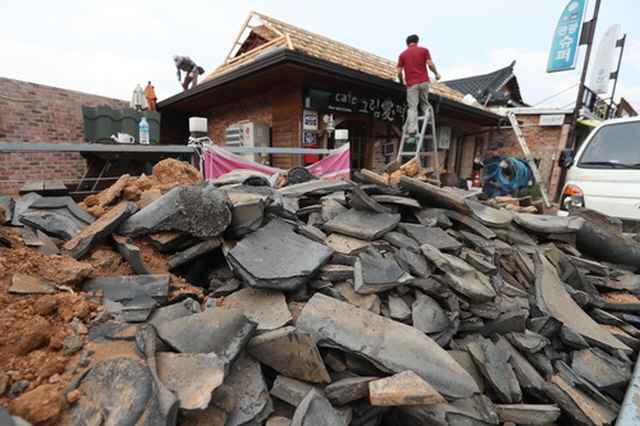 SEOUL, Nov. 28 (Korea Bizwire) — South Korea, which was hit by the strongest earthquake to date earlier this year, may witness more minor tremors in the future, said an expert on Friday.

“There is less possibility that major earthquakes with a magnitude of over six may occur on the Korean Peninsula but smaller tremors may occur more often in the future,” said Chi Heon-cheol, a researcher at Korea Earthquake Research Center.

The remarks were made during an annual forum hosted by the Korea Conference of Science Journalists under the theme of “Earthquake on the Korean Peninsula and earthquake trauma.”

Scientists and journalists gathered to discuss the danger of natural disasters, noticeably the earthquake, and journalism ethics on disaster reporting.

The forum comes after a record-breaking earthquake was detected in the southern region near Gyeongju, which lies 371 kilometers southeast of Seoul, in September. South Korea’s meteorological agency said the magnitude 5.8 earthquake was strong enough to be felt throughout most parts of the country.

“The earthquake pattern on the Korean Peninsula has changed following the massive 2011 earthquake in Japan,” Chi said.

However, Chi reassured that major earthquakes with a magnitude of over six are highly unlikely to occur on the Peninsula as the earthquakes here are mostly created by high-frequency energy, resulting in earthquakes that last a short period of time.

“Nuclear power plants in the country were built to withstand an earthquake with a magnitude up to 6.5,” Lee Pil-ryoel said. “However, it can be also said that there could be an accident or malfunction when the Korean Peninsula is hit by strong tremors with magnitudes over seven.”