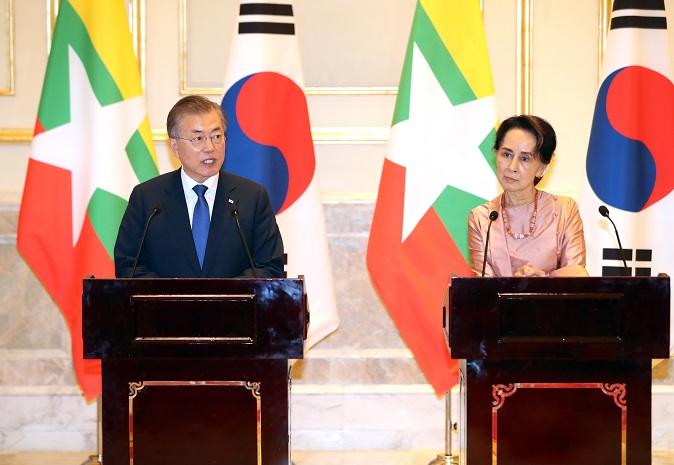 Industry Minister Sung Yun-mo plans to meet his Myanmar counterpart, Than Myint, later in the day through a videoconference to exchange ideas on pending economic issues between the two countries, according to the Ministry of Trade, Industry and Energy.

The gathering was originally scheduled to take place in the first half of 2010, but it was delayed due to the coronavirus pandemic.

The meeting came after President Moon Jae-in visited the Southeast Asian country in September last year to hold a summit with State Counsellor Aung San Suu Kyi, in which the two leaders vowed to open a new chapter in their relations by ramping up partnerships in the economy, culture and industrial development.

During the meeting, the two countries plan to hold a wide array of issues covering trade, industry, energy and investment.

The two countries agreed to start the construction of the South Korea-Myanmar Industrial Complex (KMIC), a joint industrial park to be located at a town just north of Yangon, in December.

The ministry said the project is anticipated to further pave the way for the two countries to expand cooperation in the construction and infrastructure industries. The construction is expected to run through 2024.