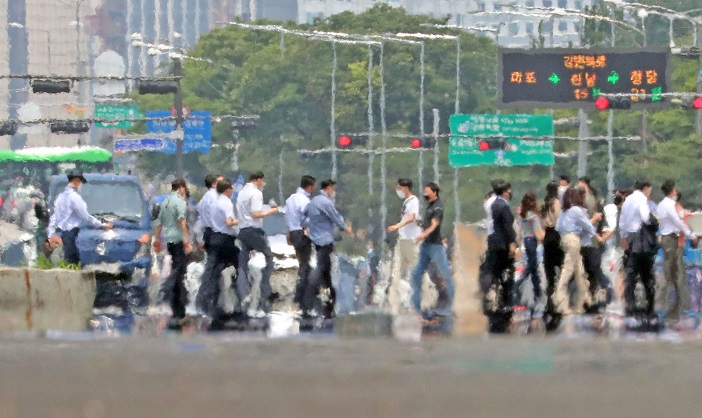 The 11-month average temperature marks the highest since 1973 when the country beefed up weather observation networks across the nation, according to the Korea Meteorological Administration.

With the average daily temperature in December projected to be warmer than previous years, the year 2021 is highly expected to go down in the record books as the warmest year, the agency said.

The latest data is a clear indication of climate warming in the country.

Seven of the 10 years when the daily average temperature in the January-November period were the highest were recorded in the past decade.

This year’s unusually warm climate is largely attributable to higher-than-average temperatures in the spring as well as a warmer climate in the September-November period, when the daily average temperature hit the fifth highest point of 14.9 C.

The autumn precipitation this year reached 256.4 millimeters, slightly less than previous years. A total of nine typhoons formed around the country, with only one of them, Chanthu, eventually hitting its territory.

The average daily temperature in North Korea came to 11.6 C in autumn, also higher than the accumulated average of about 10.6 C, the weather agency said.