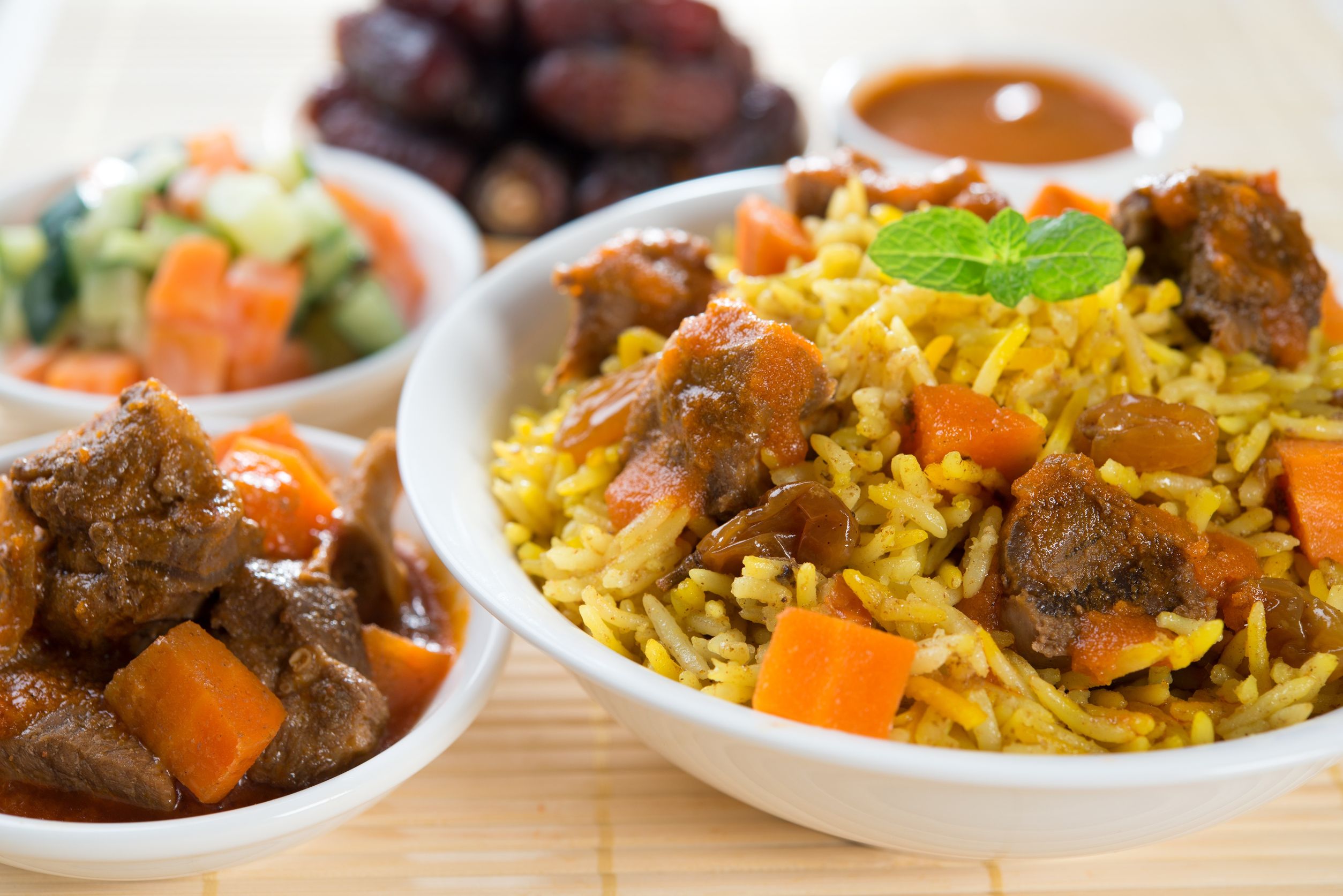 Easy access to specially prepared food can address one of the biggest hurdles facing Muslim tourists in Asia’s fourth-biggest economy.

“To enhance the convenience of Muslim visitors, we are promoting a total of 237 ‘Muslim-friendly’ restaurants this year, up from 135 last year,” Shin Min-kyu, deputy director of the Asia and Middle East Team at the Korea Tourism Organization (KTO), told Yonhap News Agency over the phone.

Muslim-friendly restaurants do not sell pork and have some halal foods on their menus, he said.
Halal is an Arabic word meaning “lawful” or “permitted.” Halal food is prepared according to religious rules governing what Muslims can eat.

On top of the promotion, the KTO is holding Halal Restaurant Week Korea, which lasts for two months through Oct. 31, to help Muslim tourists better find halal restaurants across the country and get discounts. The annual event started last year.

Seoul is making considerable effort to diversify tourists as demand from China dropped this year as diplomatic rows over the deployment of the Terminal High Altitude Area Defense system has frayed South Korea’s relations with its neighbor.

In March, Beijing banned the sale of all group travel packages to South Korea in retaliation against the missile system, claiming the deployment could hurt its security interests. Seoul and Washington say it is purely aimed at defending against missile threats from North Korea.

The number of Chinese tourists plunged 47 percent to 2.53 million in the January-July period from 4.73 million a year earlier, KTO data showed. Last year, Chinese tourists accounted for nearly half of the 17 million tourists who visited Korea.

During the same period, the country’s tourism deficit deepened to US$9.53 billion from $4.79 billion, according to the Bank of Korea.

With heightened tensions on the Korean peninsula aggravating the situation, Seoul is widely expected to face its worst-ever tourism deficit of $15 billion this year.

Faced with such dire prospects, the government plans to reduce the heavy dependence on Chinese tourists and diversify visitors by luring some of the world’s 1.7-billion-strong Muslims to the country.

To attract more visitors, Muslims residing in Seoul advised the government to promote closer cooperation with Muslim countries, which could allow more Muslims to tour the country and make it possible for Koreans to understand Muslim cultures.

“I think halal foods are coming naturally through exchanges between corporations and between peoples,” Gubara Fadl, a 52-year-old Sudanese citizen residing in Seoul, told Yonhap News.

“As nearly six percent of total tourists (to South Korea) are coming from Muslim countries, the government needs to encourage Korean companies to produce halal foods for Muslims according to Islamic Law (sharia),” he said after attending a gathering held last Friday at a mosque in Itaewon, central Seoul.

“Over 90 percent of halal foods are imported. South Korea is the second home to a growing number of Muslims but halal foods produced by local firms are not trustworthy. There should be strict checks about halal foods. If you say halal, it should be 100 percent halal,” said Saeed who runs trading firm NewPak Korea International Co.

The 53-year-old Pakistani native, who has lived in Seoul for 20 years, said Korea needs to join countries such as Australia, New Zealand, the Republic of Fiji, Brazil and the United States that make halal foods for Muslims around the world.

“They are not Muslim countries but they are major suppliers of halal foods for Muslims around the world. It delivers a lesson for Korea,” he said.

Javed Iqbal, the owner of Bombay Grill selling only halal foods permitted by Islamic religion, said there should be awareness by campaigns on the meaning of halal foods to bolster related industries. 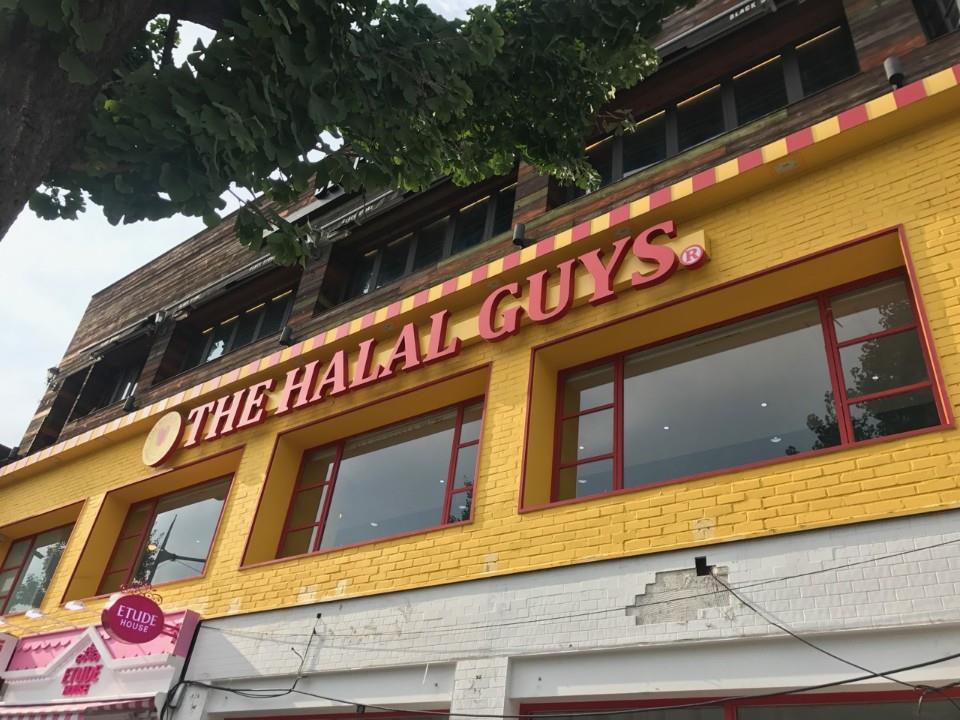 All of the Muslims interviewed said Korean companies can tap into vast markets to export halal food products. They cited countries such as Turkey, India, Indonesia and Malaysia with large Muslim populations.

These days in Korea, there is a steadily growing appetite for halal foods among young people.

Reflecting this, a famous U.S. halal food chain has recently begun operations in Korea, not only to serve Muslim tourists but also to serve the diversifying demand of the locals.

The Halal Guys, a chain that got its start in the 1990s as a food cart in New York, opened its first location in the Itaewon neighborhood of Seoul in December and plans a second outlet in the affluent Gangnam district this month.

“As we provide standardized halal foods which meet Islamic dietary laws in all of our outlets across the world, Muslim customers no doubt have reservations about our products,” Jeong Myeong-soo, a 31-year-old manager at The Halal Guys chain in Itaewon, told Yonhap.

Young Koreans in 20s and 30s, whether Muslim or not, often drop by The Halal Guys to try out menus offered by the shop during their past trips to the U.S., he said.

“The Halal Guys could draw young Koreans like a magnet as the brand has emerged as one of three must-eat foods in the U.S. along with fast casual restaurant chains Chipotle Mexican Grill and Shake Shack,” Jeong said.