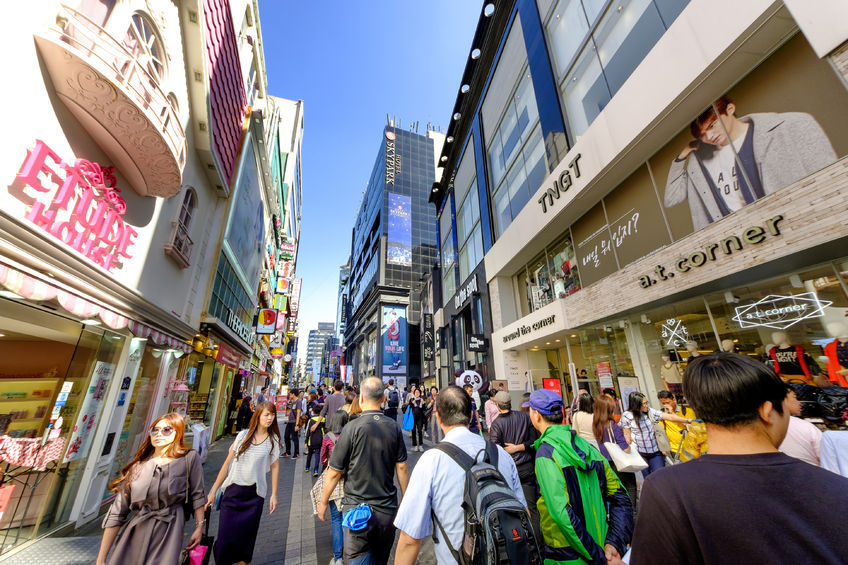 The country’s tourism-related earnings came to US$13.32 billion in 2017, down 22.5 percent from a year earlier, according to data provided by the Korea Tourism Organization (KTO).

South Koreans, meanwhile, spent $27.07 billion abroad during the cited period, up 14.3 percent from the previous year, the KTO said.

The imbalance in the tourism account is largely attributable to the Chinese government’s ban on the sale of South Korea-bound tour programs following a diplomatic row between Seoul and Beijing over the deployment of a U.S. missile defense system here.

Beijing put forward a string of other retaliatory measures against South Korean companies and their goods over the Terminal High Altitude Area Defense (THAAD) system.

The number of foreigners who visited South Korea came to 13.33 million last year, down 22.7 percent on-year, amid the drop in the number of Chinese visitors, the KTO said.

The tally for outbound travelers, meanwhile, rose 18.4 percent on-year to 26.49 million in the one-year period, almost twofold the number of foreigners visiting the country, according to the data.