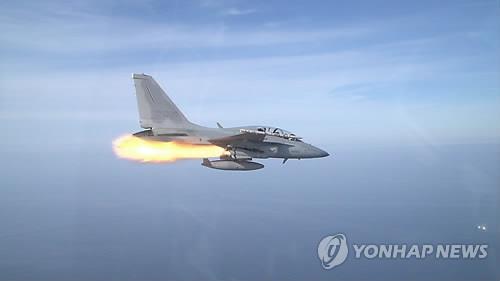 “We’ve been pushing to sell 24 units of the FA-50 to Peru, and are planning to submit a proposal for Lima’s fighter purchase project this month,” said a source, requesting anonymity. “Factoring in the necessary logistics support, the total amount of the envisioned exports would reach $2 billion.”

South Korea is likely to vie with Russia, Italy and China, with the selection expected to be made in the second half of this year, he added.

As a light attack variant of the T-50 Golden Eagle supersonic trainer, the FA-50 was co-developed by Korea Aerospace Industries (KAI) and U.S. defense firm Lockheed Martin. It is the most advanced variant of the T-50 family operated by the South Korean Air Force.

Equipped with a supersonic advanced light attack platform, the aircraft can carry a weapons load of up to 4.5 tons and be armed with such precision-guided weapons as the GBU-38/B Joint Direct Attack Munitions (JDAM) and CBU-105 Sensor Fused Weapon (SFW).

“We could be a favorable bidder, as KAI won a $200 million deal for 20 KT-1 basic trainer aircraft from Peru in November 2012,” another source said.

He is in Lima for a three-day visit starting Monday as part of his Latin American tour that began Friday and also took him to Columbia.