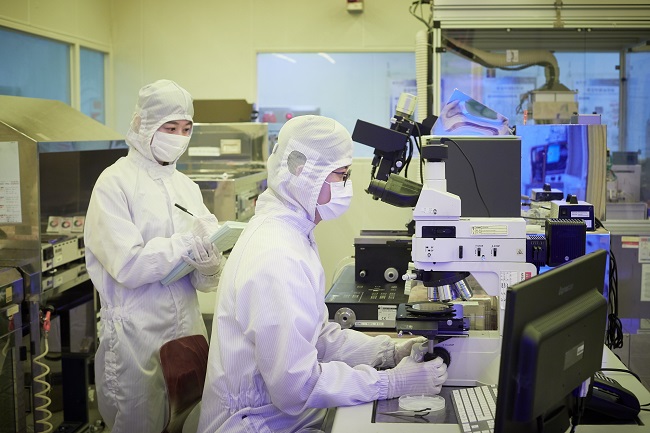 South Korea’s R&D expenditures reached 93.1 trillion won (US$75.4 billion) in 2020, accounting for 4.81 percent of GDP, according to a recent report by the Federation of Korean Industries (FKI), the country’s largest business lobby.

That made South Korea the biggest R&D spender among 36 out of 38 member countries of the Organization for Economic Cooperation and Development (OECD) trailing only Israel, whose R&D portion came to 5.44 percent, the report said.

Large companies spent 71.3 trillion won, representing the bulk of the expenditures, while 21.6 trillion won was spent by the government or other public entities.

In 2018, South Korea ranked far below the OECD average in earnings from intellectual property royalties versus R&D spending, with the percentage coming to 9.9 percent, compared with the OECD’s 27.7 percent.

The FKI called for stronger policy support for large enterprises, whose R&D spending makes up more than half of all corporate R&D investment.

“The corporate R&D investment has a greater positive effect on the total factor productivity than government or public R&D,” the report said.

“It is necessary to revitalize domestic R&D by strengthening tax support for large corporations that are leading the private sector R&D,” it said.