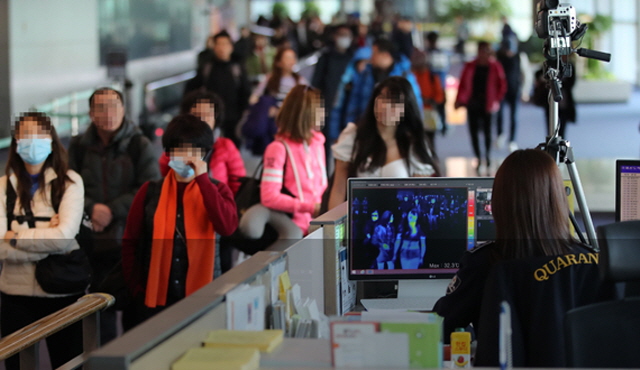 SEOUL/BEIJING, Jan. 20 (Korea Bizwire) — South Korea on Monday reported the first confirmed case of the China coronavirus amid concerns that a pneumonia-like illness is set to spread across China and Asia.

A Chinese woman who arrived at Incheon International Airport on China Southern Airlines flight CZ6079 at 12:11 p.m. Sunday has tested positive for the virus, according to the Korea Centers for Disease Control and Prevention (KCDC).

Upon arrival, the woman was running a fever, experiencing respiratory problems and other symptoms, KCDC said.

“She tested positive in the pancoronavirus polymerase chain reaction test that checks a person’s DNA,” the country’s public health and safety agency said.

The 35-year-old resident arrived from the Chinese central city of Wuhan in Hubei Province — where the virus appears to have originated — on Sunday while en route to Japan in tune with the Lunar New Year holiday this week.

The patient has since been quarantined at a designated isolation ward in Incheon, west of Seoul, for treatment after being detected during the quarantine inspection process at the airport.

The agency said the cabin crew on the plane and the other passengers are being monitored for any symptoms, with 14 people being checked by medical personnel.

Three other people who were placed in quarantine as a precautionary measure all tested negative for the pancoronavirus and were released.

The agency said it has elevated the country’s infectious disease alert level by one notch from “blue” to “yellow” and ordered local governments to strengthen monitoring.

KCDC strongly advised people who visited China showing symptoms like fever and shortness of breath to visit nearby clinics or hospitals so they can be checked.

Prime Minister Chung Sye-kyun instructed his Cabinet to take all possible countermeasures to contain the spread of the virus, according to the Prime Minister’s Office (PMO).

Chung ordered Minister of Health and Welfare Park Neung-hoo and the chief of the KCDC to completely quarantine and treat the patient after being briefed by Park on the situation, the office said.

“Prime Minister Chung ordered that epidemiological investigations be quickly and thoroughly conducted to verify the movement and contact routes of the patient and contain the spread of the infectious disease,” the PMO said.

The prime minister also instructed his Cabinet to take all countermeasures in accordance with the government’s manual and to make swift and transparent disclosures of all relevant information to help ease public anxiety. 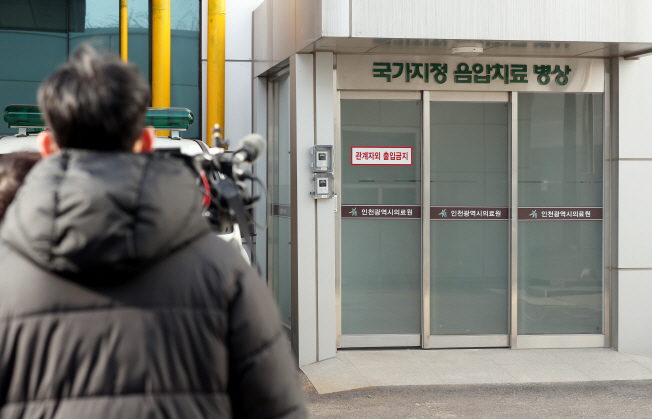 A medical center in Incheon, west of Seoul, where a 35-year-old Chinese woman has been in quarantine since she showed symptoms of pneumonia after visiting the Chinese city of Wuhan in Hubei Province. (Yonhap)

Seoul said that it will significantly tighten quarantine inspections on airplane travelers arriving from Wuhan and other areas affected by the illness, and expand cooperation with China to be kept up to date on developments there.

It said the police and justice ministry will be mobilized to quickly find people who have been in contact with people confirmed to have contracted the illness, with the foreign ministry to do its utmost to inform South Korean nationals to be on guard against the infections and to swiftly notify foreign embassies in Seoul if one of their people have contracted the pneumonia-like sickness.

South Korea reported a suspected case earlier in the month, but that person was released after tests showed she was not infected with the same virus spreading in China.

The Beijing government has reported a total of 218 infected patients, with the death toll at three.

It said most of the incidents were centered on Wuhan, although five and 14 cases have been confirmed in Beijing and Guangdong Province, respectively, along with one person getting sick in Shanghai.

Outside the country, there have been two pneumonia-like cases in Thailand and a single case in Japan.

Beijing had initially said the new strain of the coronavirus was not contagious between people, but the World Health Organization (WHO) is not ruling out person-to-person transmission under certain conditions, the center said.