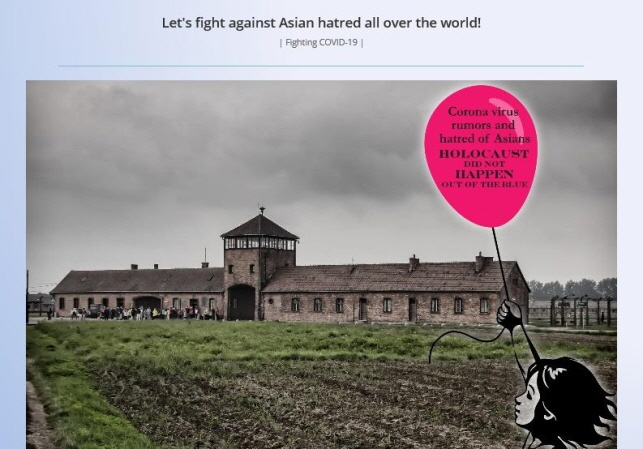 SEOUL, May 8 (Korea Bizwire) — Asians are responding in force to a global campaign launched by a South Korean civic group opposing and fighting against discrimination in the Americas and Europe targeting people of Asian descent sparked by the COVID-19 pandemic.

The Voluntary Agency Network of Korea (VANK), a South Korean nongovernmental organization, has produced a total of five anti-racism posters since Tuesday and promoted them to a global audience via social media such as Facebook and Twitter.

As a result, 31,804 Asian netizens showed sympathy and support for the poster as of Thursday by pressing “Like” and “Love It” buttons. 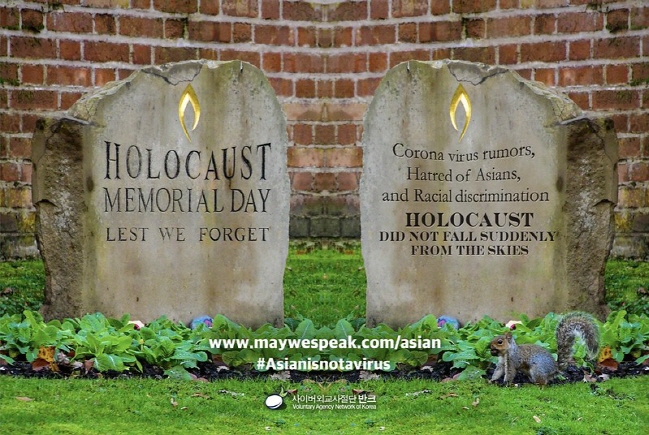 VANK has set a goal of building an “Asian Solidarity” to counter discrimination by promoting the campaign across Asia, including Myanmar and Vietnam.

A poster set in Auschwitz, the Nazi concentration camp where an estimated 1.1 million Jews died during the Holocaust, showed an elementary school student carrying a balloon, symbolizing the next generation.

“Coronavirus rumors and hatred of Asians. The holocaust did not happen out of blue,” is written on the balloon.

On the other poster, the same phrase was engraved on a monument symbolizing the Holocaust, warning that a “second Holocaust” tragedy could face mankind.