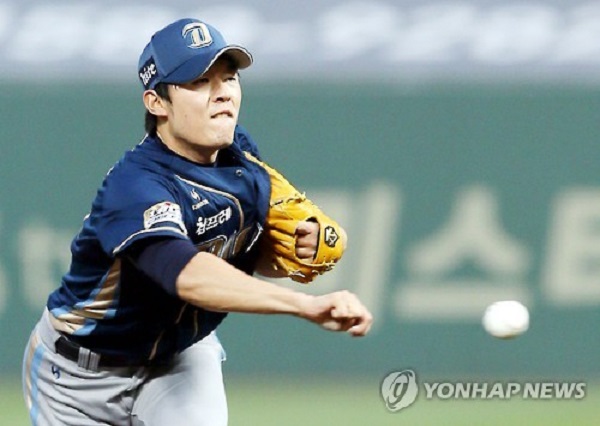 This undated file photo shows pitcher Lee Tae-yang of the NC Dinos in the Korea Baseball Organization (KBO), who allegedly received at least 10 million won ($US8,770) from a gambling broker to fix games. Lee is accused of deliberately conceding walks in certain innings. (Image: Yonhap)

SEOUL, July 29 (Korea Bizwire) – The government announced Thursday it will form a task force on handling corruption in sports in light of a widening match-fixing scandal in professional baseball.

The Ministry of Culture, Sports and Tourism said its senior sports policy officials met with leaders of five pro sports federations Thursday to discuss how to prevent corrupt activities in sports.

Their meeting came after three pro baseball players were implicated in match fixing earlier this month. A fourth player is said to be under investigation, too.

The ministry said the participants in the meeting recognized the gravity of the situation and agreed to work together to eliminate corruption across all sports.

They’ve agreed to establish a task force to that end, with legal experts, scholars and journalists on hand. The task force is expected to unveil its detailed plans sometime in August.

Among other issues, the task force will discuss strengthening penalties on athletes, teams and league offices for corrupt actions and raising the financial rewards for those who report corruption in sports.