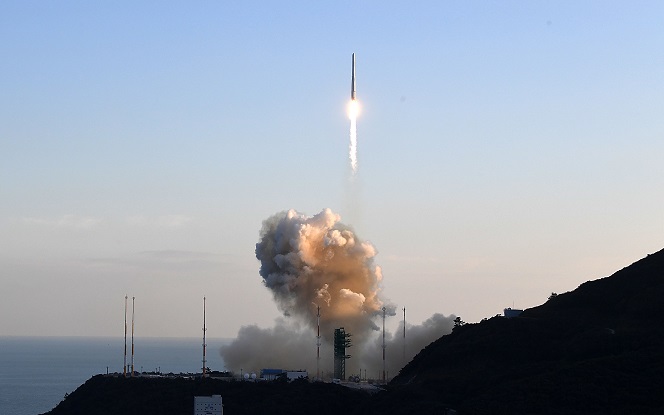 SEOUL, May 25 (Korea Bizwire) – South Korea on Wednesday set June 15 as the second launch date of its homegrown space rocket Nuri, eight months after the first launch failed to put a dummy satellite into orbit.

Nuri, also known as KSLV-II, is set to lift off from the Naro Space Center in the country’s southern coastal village of Goheung between 3 p.m. and 5 p.m, though the exact time will be determined on that day, the Ministry of Science and ICT said.

The ministry set the period between June 16 and June 23 as the launch window after holding a meeting of its launch management committee with the state-run Korea Aerospace Research Institute in Goheung.

In October, Nuri successfully flew to a target altitude of 700 kilometers but failed to put a dummy satellite into orbit as its third-stage engine burned out earlier than expected.

South Korea announced in February it will make a second attempt to launch Nuri in mid-June and had tentatively set June 15 as the launch date.

The three-stage space rocket, which weighs 200 tons and measures 47.2 meters in height, is currently being assembled at Naro Space Center.

KARI completed combining the first and second stages of the rocket on May 12. Full assembly is expected to be completed in the coming weeks. 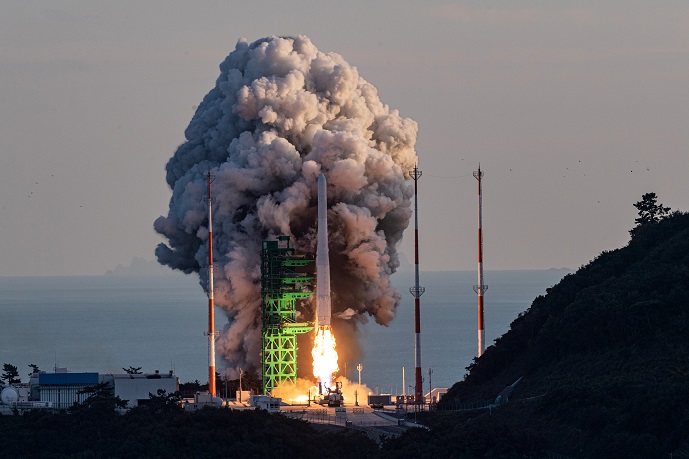 Unlike the October launch, which carried a single dummy satellite, Nuri this time will be loaded with a 180-kilogram performance verification satellite to test the rocket’s capabilities and four separate cube satellites developed by four universities for academic research purposes.

Nuri also underwent reinforcements of an anchoring device of the helium tank inside the third-stage oxidizer tank.

In October, the helium tank in the third-stage rocket fell off due to increased buoyancy during the flight and eventually caused the engine to shut off prematurely, according to a governmental committee.

The government also said it conducted a comprehensive inter-agency drill on May 19 to prepare against an array of possible contingencies, such as fuel leakage from Nuri.

South Korea has invested nearly 2 trillion won (US$1.8 billion) in building the three-stage Nuri since 2010.

The whole process of the launch of Nuri was carried out with domestically made technology on South Korean soil, including design, production, testing and launch operation.