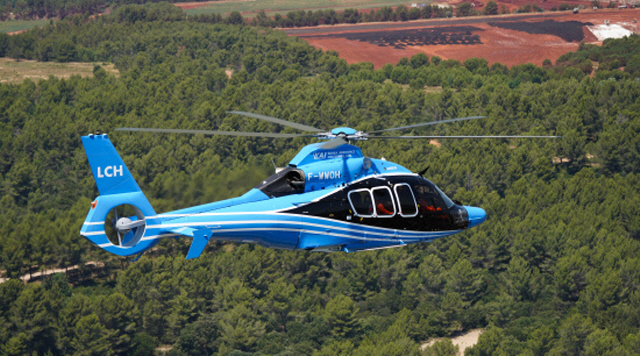 A prototype of a light civil helicopter under development by the Korea Aerospace Industries and France-based Airbus Helicopters. (image: Ministry of Trade, Industry, and Energy)

The prototype edition of the light civil helicopter flew for around 20 minutes at the headquarters of the Korea Aerospace Industries (KAI) in the southern coastal city of Sacheon, according to the Ministry of Trade, Industry, and Energy.

In 2014, South Korea launched the project to develop both civil and military editions in cooperation with French-based Airbus Helicopters.

The technologies and parts applied on the civil helicopter will also be utilized for the light armed helicopter, according to the ministry.

The prototype was developed from a local production line that meets the standards of the European Aviation Safety Agency. South Korea will begin exclusive production of the helicopter after winning more certifications.

The helicopter can be used by different organizations ranging from the National Fire Agency to the Korea Forest Service.

The market for light civilian helicopters is expected to grow sharply in Asia over the next decade amid rising demand from government-related operations, the healthcare, and transportation segments, the ministry said.

“The successful pilot run of the chopper symbolizes all the efforts made by the country’s aviation industry,” the ministry said in a statement.