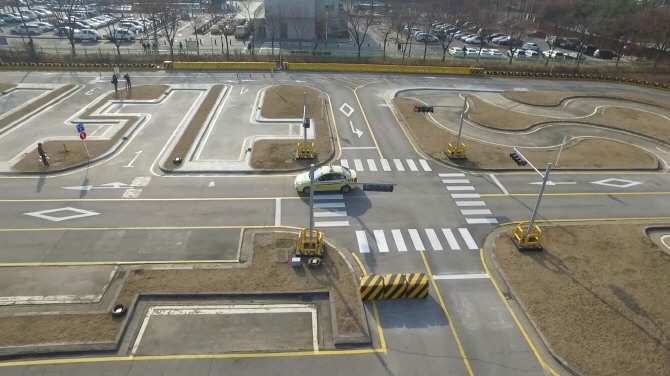 SEOUL, Dec. 9 (Korea Bizwire) — Short-term foreign visitors will soon be barred from applying for a South Korean driver’s license, as a revision of a relevant local law is imminent, police said Monday.

The Road Traffic Act’s revision to allow only registered foreigners to obtain a driver’s license here is awaiting passage during the National Assembly’s plenary session, with rival parties not opposed to the bill, according to the National Police Agency of Korea (NPAK).

Registered foreigners refer to those who stay here for more than 90 days. If the bill is approved, short-term foreign visitors will be banned from getting a local driver’s license.

The pending legal revision has been pushed as many foreign tourists, mostly Chinese nationals, have relatively easily obtained a Korean driver’s license after taking intensive driving courses and have caused traffic accidents in third countries.

A total of 5,977 Korean driver’s licenses were issued to short-term foreign visitors in the first 11 months of this year, with Chinese accounting for 90.2 percent, or 5,389, data from NPAK showed.

Due to a bilateral missile base dispute, the number fell to 3,748 in 2017 but rebounded to 4,675 last year. The figures exclude registered Chinese nationals who got a driver’s license here.

Officials and experts say it is easier and more comfortable to obtain a driver’s license in South Korea than in China.

In Korea, for instance, license applicants must undergo at least 13 hours of mandatory training, about one-fifth of that in China.

Holders of a Korean license can drive in Europe and the United States, as well as in China. But some European countries have complained about traffic accidents involving Chinese holders of a Korean driver’s license.

For similar reasons, the Chinese government has also asked Seoul to restrict its license issuance to Chinese tourists.