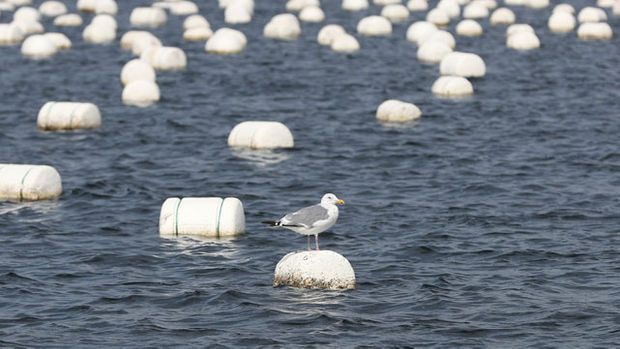 Styrofoam buoys currently being used at seaweed and oyster farms can easily break into small particles as they are hit by sea waves. (image: Yonhap)

SEOUL, May 29 (Korea Bizwire) — The Ministry of Oceans and Fisheries announced Wednesday that it will replace all plastic buoys, known as one of the major causes of plastic waste in the sea, with those made of eco-friendly materials, by 2025.

Styrofoam buoys currently being used at seaweed and oyster farms can easily break into small particles as they are hit by sea waves. These particles are a major cause of marine waste.

Styrofoam particles account for 55 percent of all plastic waste in the sea. Last year, there were some 55 million buoys used by farms across the country, 75 percent (41 million) of which were made of styrofoam.

In response, the government initiated an eco-friendly buoy project in 2015 to replace 50 percent of all plastic buoys with those made of eco-friendly materials by 2022.

This plan, however, faced setbacks since eco-friendly buoys were more expensive and heavier than styrofoam, and tended to sink if they absorbed too much water.

In turn, the ministry succeeded in developing an eco-friendly buoy that is durable, recyclable, and can sustain enough buoyancy at all times. They are scheduled for nationwide distribution beginning later this year.

The government will also set up posts at 40 major harbors and docks to collect plastic buoys by the end of the year, with the aim to install as many as 400 posts by 2030.