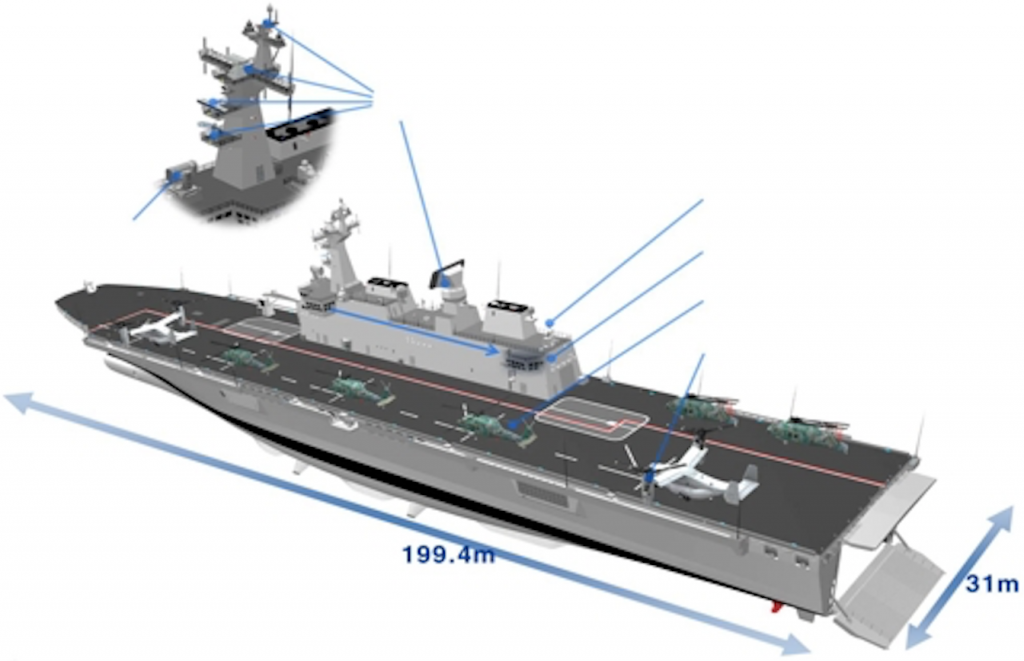 The ship, 199.4 meters long and 31 meters wide, is scheduled to be launched in April next year. (image: Defense Acquisition Program Administration)

SEOUL, April 28 (Korea Bizwire) – South Korea said Friday it has begun the construction of another large-scale amphibious landing ship to be used by the country’s Navy.

A keel-laying ceremony for the 14,500-ton vessel will be held later in the day at the shipyard of Hanjin Heavy Industries & Construction Co. in Busan, according to the state arms procurement agency.

The ship, 199.4 meters long and 31 meters wide, is scheduled to be launched in April next year. It will be delivered to the Navy in 2020 after a trial operation, said the Defense Acquisition Program Administration (DAPA).

It would mark the first time for the country to build such a major transport ship for its military in a decade.

The Navy has a Dokdo-class amphibious assault ship, named LP-X Dokdo, in operation.

It’s often called a “light aircraft carrier” for its capability to transport helicopters, armored vehicles, trucks, artillery, high-speed ships and other equipment as well as hundreds of troops at a time.

The multi-functional vessel, one of Asia’s largest amphibious landing ships, can be used for peacekeeping operations and disaster relief as well.

He added the DAPA will do its best for the success of the second Dokdo-class ship project.