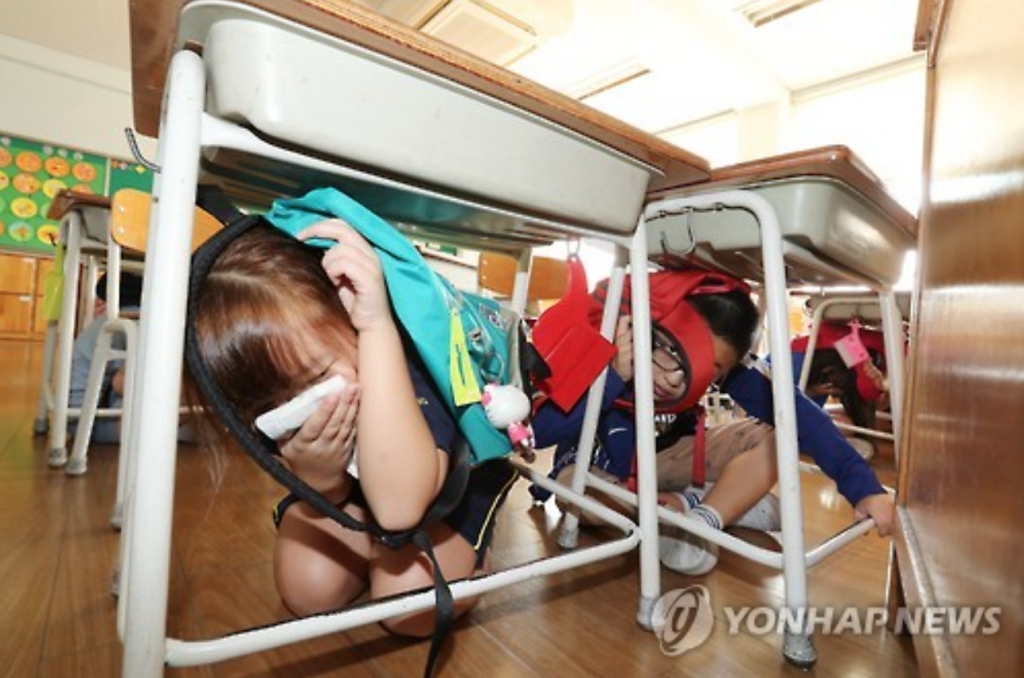 SEOUL, Sept. 30 (Korea Bizwire) – The Korean government announced Thursday that it will build eight additional safety training centers that offer hands-on experience and training for earthquakes by 2020. The announcement came following Korea’s record 5.8-magnitude quake that shook the nation on September 12, and the more than 400 aftershocks that have followed since.

According to the Ministry of Public Safety and Security, there are currently 155 safety training centers in Korea. However, a large majority lack facilities to experience natural disasters like earthquakes, typhoons, and fire, with only 37 categorized as medium or large-sized training centers (covering more than 900 square meters).

At the moment, the government is in the process of establishing 14 medium and large-sized safety training centers, which together with the announced eight will make up a total of 59 major establishments over the next four years.

As for the eight new facilities, the government will fund up to 50 percent of the cost of construction with a funding cap of 10 billion won ($9 million) for larger-sized and 60 billion won for medium-sized centers, and they will be established in Gyeonggi, Ulsan, South Gyeongsang, and Jeju (by 2019), and Seoul, Gwangju, Incheon, North Chungcheong (by 2020), said the ministry.

In response to criticism that the majority of current safety training centers lack quality in terms of the training content offered, the ministry said it will be instituting specific guidelines for all upcoming establishments.