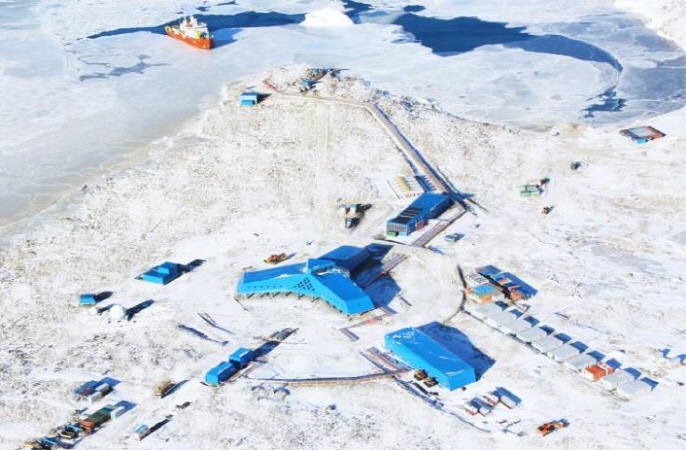 Under the comprehensive plan meant to promote the country’s polar activities, the government also decided to build a next-generation icebreaker to lead global research projects on the Arctic Ocean, according to the Ministry of Oceans and Fisheries.

It is the first time South Korea has drawn a set of measures on the exploration of the polar zones, and it was approved by the Cabinet in the day.

South Korea currently has two Antarctic research stations — the King Sejong Station built in 1988 on King George Island and the Jang Bogo Station established in 2014 in Terra Nova Bay — and plans to build a third one by 2030 after selecting a candidate site by 2027.

If built, it would be the country’s first and the world’s sixth inland station in the South Pole. There are five inland Antarctic research bases, run by the United States, Russia, Japan and China, as well as one jointly by France and Italy.

South Korea also plans to construct an advanced 15,000 ton-class icebreaking research vessel by 2026 by earmarking 277.4 billion won (US$204.41 million), which is expected to help the country lead joint projects in exploring the North Pole.

It seeks to develop an eco-friendly icebreaking container ship to help ensure the safe navigation of vessels on the North Pole routes and conduct various medication projects by using living resources there, according to the ministry.

The plan also called for the development of an ultra-small satellite to observe the glaciers melting in the polar regions and draw a longer scenario of sea level changes.

South Korea said it will boost cooperation with eight Arctic nations, including the U.S., Canada and Iceland, through various tailored projects, and join hands with businesses and research institutes at home, the ministry added.

“We will implement the basic plans to seek a solution to respond to climate changes and to develop new advanced technologies,” Oceans Minister Cho Seung-hwan said.