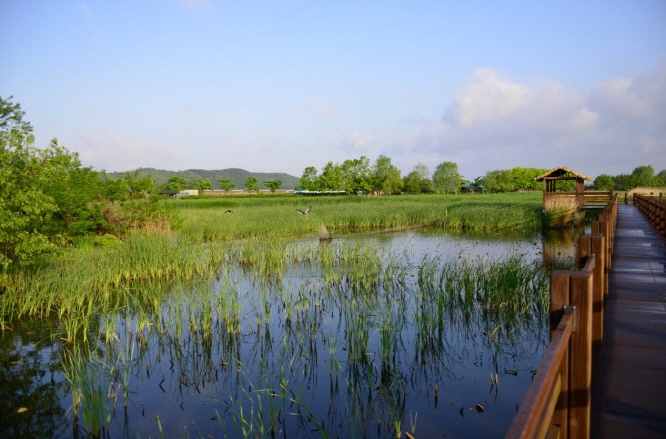 SEOUL, Sept. 4 (Korea Bizwire) — South Korea will create the world’s largest floating solar farm on top of an artificial lake on the west coast to generate power from the clean energy source, the government said Tuesday.

Korea Western Power Co., a state-run utility firm, and Ansan City signed a memorandum of understanding to build the floating solar farm on Sihwa Lake in Ansan, 42 kilometers south of Seoul, by 2020, the Ministry of Trade, Industry and Energy said.

With a capacity of 102.5 megawatt (MW), the solar power facility will provide enough energy for about 35,000 households annually when completed, the ministry said.

The project, which also involves a regional energy cooperative, aims to share profits from the electricity sales with the local community, it noted.

Sihwa Lake is a 43.8-square-kilometer man-made lake constructed as part of a land reclamation project in 1994, using a 12.7-kilometer-long seawall in Gyeonggi Bay.

The lake accommodates the world’s largest tidal power installation, with a total power capacity of 254 megawatts, which takes advantage of the difference in the water levels between the sea and the artificial lake.