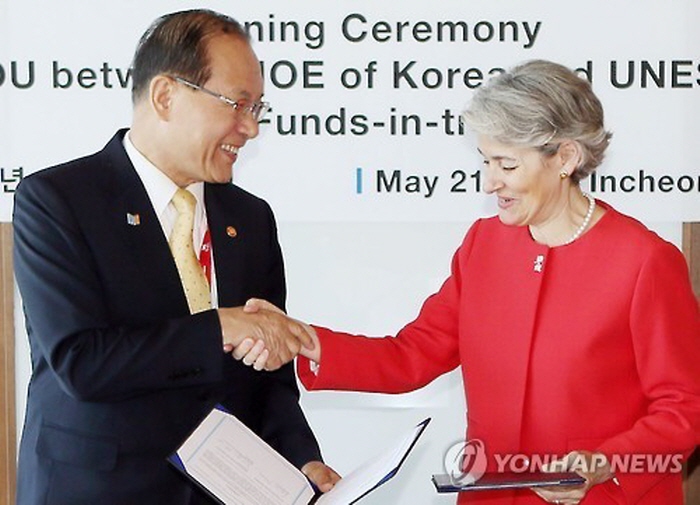 The donation will go toward training teachers in Rwanda, Mozambique and Zimbabwe on how to use information and communication technology in classrooms and running a pilot program of computer-based education.

“Many African ministers have requested help from South Korea,” Hwang said at the World Education Forum in Incheon. “South Korea will share its education knowledge with African countries and help them nurture education talent.”

About a quarter of primary school-aged children in sub-Saharan nations are not in school, according to UNESCO, with only 38 percent of adults being able to read and write.

But the percentage of Internet users has steadily risen to 11 percent in 2011.

Hwang also suggested that U.N. nations help rebuild schools that have been destroyed from the Nepal earthquake in April.

An MOU has also been sighed with the United Arab Emirates, in which South Korea pledged to send education experts to the Middle Eastern country and train its teachers.