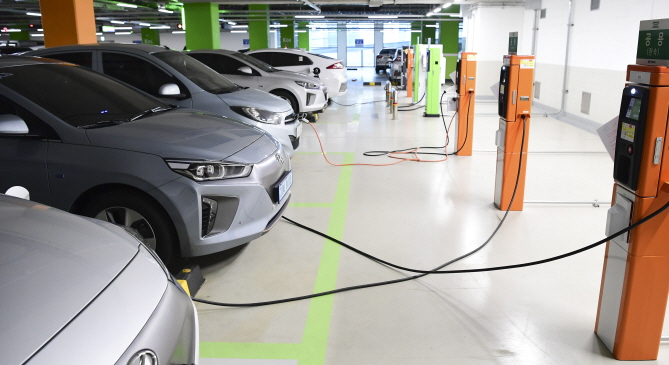 Under the plan, South Korea will allocate 1 trillion won (US$930 billion) to promote sales of electric cars, which marks a 25 percent rise from a year earlier, according to the Ministry of Trade, Industry and Energy.

The country will install 31,500 units of charging stations for EVs, along with 54 stations for hydrogen cars.

Subsides on electric taxis will be expanded to 10 million won from the previous 8.2 million won.

Automobiles with high energy efficiency will be provided with more incentives.

The amount of subsidies will vary depending on the value of automobiles.

To promote sales of budget models, cars with price tags of 90 million won or higher will not be eligible to receive state support.

On the other hand, those priced below 60 million won will receive all available discounts.

South Korea has recently unveiled its vision for the green automobile industry.

Under the blueprint, the country will increase the number of accumulated sales of electric cars and hydrogen fuel cell automobiles to 1.13 million and 200,000, respectively, by 2025.

It will mark a sharp growth from September last year, when the accumulated number of EVs on roads here reached 120,000 units while those of hydrogen cars came to around 9,500 units.