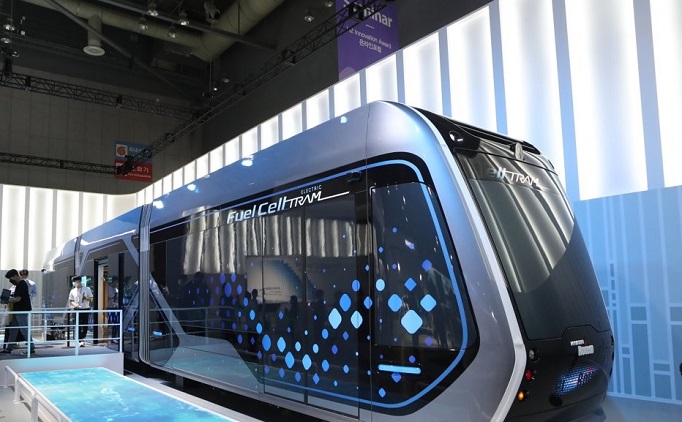 The budget will also be spent to find ways to modify hydrogen fuel cells used by Hyundai Motor Co.’s Nexo SUVs and use them in trams, according to the Ministry of Trade, Industry and Energy.

Hydrogen trams, which run on fuel cells, are considered to be more price-competitive over conventional public transportation, such as subways, as they do not need massive power infrastructure.

The global market for hydrogen-powered trains is expected to reach 18 trillion won in 2050, significantly rising from 700 billion won estimated for 2025, according to the ministry.

The ministry said it plans to develop hydrogen fuel cells with a capacity of 380 kilowatts, whose performance is equal to around four units of Nexo SUV.

South Korea will also build a hydrogen charging station for trams by 2022 and launch a test run in the southeastern port city of Ulsan.

The mass production of hydrogen trams is expected to begin in 2024, with the country seeking to export them to Southeast Asian and European countries as well.

South Korea has been promoting the so-called hydrogen economy, with the government making efforts to apply the resource in various fields ranging from transport to energy storage in line with its goal to go carbon neutral by 2050.