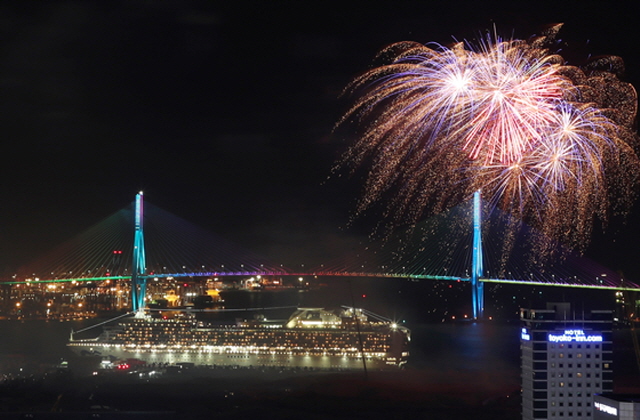 A fireworks display at the port of Busan on South Korea’s southeastern coast on May 25, 2018. (image: Yonhap)

The new port, which is 440 meters long and 45 meters wide, is the nation’s second cruise ship port, in addition to the one in the western port of Incheon, the Ministry of Oceans and Fisheries said.

The port will open on Thursday and welcome its first cruise ship in April 2019, the ministry said.

The ministry added that the new terminal is expected to help stimulate tourism and the local economy by attracting more ports calls.