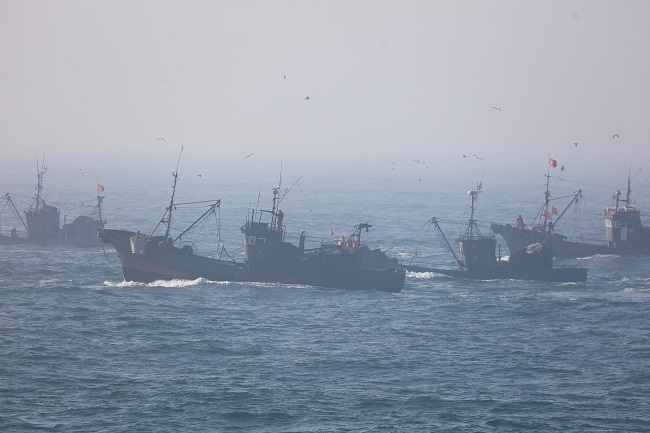 About 340 Chinese vessels entered South Korea’s western exclusive economic zone in groups per day in October, a sharp rise from about 100 boats in the same period of last year, the agency said.

The Korea Coast Guard has expelled a total of 7,196 such boats this month.

The agency has decided to toughen its response, including the resumption of seizure operations, which it halted to avoid in-person contacts during the coronavirus pandemic.

Coast Guard officers will wear protective clothing and follow anti-infection guidelines in the process of arrest and investigation.

The agency also said it will operate jointly with the Navy to deal with boats that use steel bars and wire mesh to resist law enforcement.