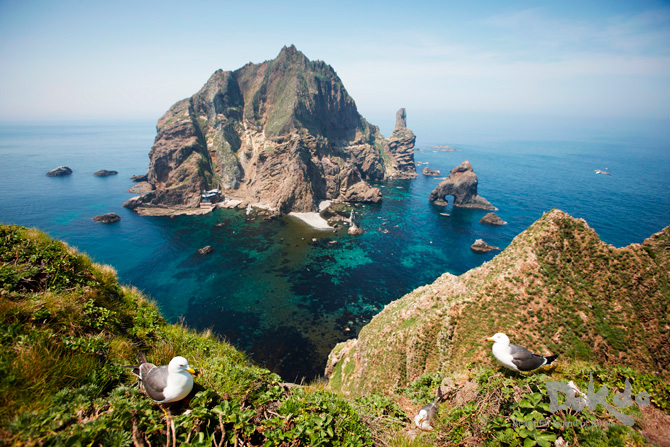 This photo provided by the Ministry of Foreign Affairs shows Dokdo in the East Sea.

SEOUL, May 14 (Korea Bizwire) — South Korea on Friday began a pilot operation of the 119 emergency rescue squad on Dokdo in order to better ensure the safety of the growing number of visitors to the easternmost islets.

The National 119 Rescue Headquarters sent one rescue worker and one paramedic to Dokdo in the East Sea to test-operate the Dokdo 119 Rescue Aid Squad, according to the Korean National Fire Agency and a ruling party lawmaker.

It is the first time that state rescue workers are stationed on Dokdo, a South Korean territory frequently claimed by Japan.

The two-person rescue aid squad is to reside on Dokdo for 15 days at a time and perform rescue and first aid activities for visitors and others, the agencies said, adding it will also be in charge of patrols and training to protect visitors from accidents.

“The annual number of Dokdo visitors reached 260,000 in 2019. The pilot operation of the 119 rescue aid team will help enhance their safety,” an official from the 119 headquarters said.

The 119 headquarters plans to decide whether to launch a formal rescue aid squad on Dokdo after continuing the pilot operation until the end of October, when there are many visitors, the official said.

South Korea has maintained a small Coast Guard unit on Dokdo since 1954 in a show of its effective control of the East Sea islets, but Japan has claimed sovereignty over the territory, which is rich in fish and hydrate gas.

Besides the Coast Guard troops, one South Korean resident currently lives on Dokdo.