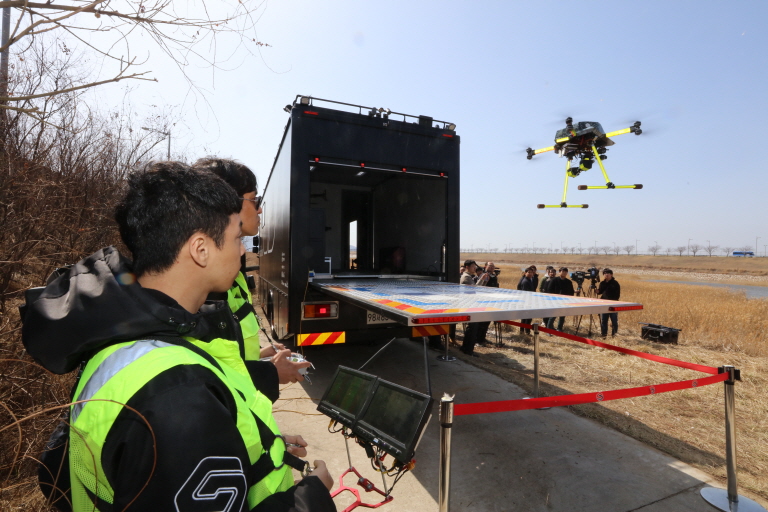 SEOUL, Mar. 29 (Korea Bizwire) — South Korea will allocate 49 billion won (US$45.9 million) to develop various types of drones that can be employed in emergency and disaster situations, the government said Thursday.

Under the plan by the Ministry of Science and ICT, Seoul will concentrate efforts on boosting the development of drone platforms by 2020 to aid search and rescue (SAR) missions following earthquakes and floods.

The ministry forecast some 2,800 drones will be used by firemen, police officers and maritime officers starting in 2021.

The plan comes amid an increased need for the development of unmanned aerial vehicles for emergency situations not only on land but at sea.

Lives can be better saved during marine accidents, as drones can spot missing people and in some cases deliver rescue ropes and life jackets so they can be rescued.

“The first 15 minutes of accidents called the ‘golden time’ is crucial in terms of SAR efforts,” said a ministry official who asked not to be named, adding that the plan will further boost the local drone industry in the long term.

The ministry earlier designated the sector as one of the key strategic industries that is undergoing a fast-paced transformation under the “fourth industrial revolution.”

Currently, South Korea is said to rank seventh in the world in terms of drone technology, but it relies on a lot of imported core equipment.