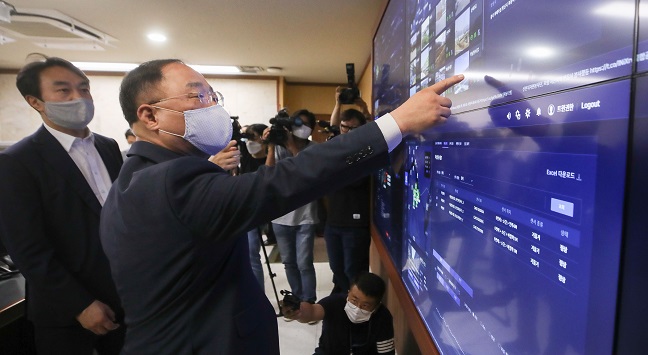 The digital New Deal targets pouring 58.2 trillion won into key tech investments to create around 900,000 jobs by the same year.

The central government will invest 7.6 trillion won in digital New Deal projects this year, with the rest of the amount covered by regional governments and the private sector, according to the Ministry of Science and ICT.

The ministry said 9.9 trillion won will be spent on developing technologies based on data, networks and artificial intelligence (AI), which includes developing AI-based technologies, such as self-driving cars and smart factories.

Around 700 billion won will be set aside for virtual services, such as remote education and smart medical systems.

The ministry added that 2.1 trillion won will be spent on the digitization of social overhead capital, which includes projects such as installing road infrastructure with self-driving technology and updating the country’s disaster-response system.