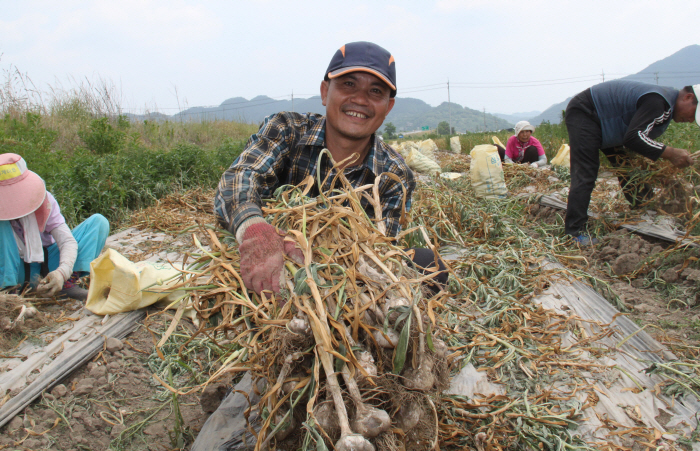 By last year, a total of 4,127 foreign workers had come to work in the fields during the farming season. (Yonhap)

SEOUL, Mar. 11 (Korea Bizwire) — The South Korean Ministry of Justice said on Sunday that it will be providing 2,597 foreign seasonal workers to 41 local authorities across the nation.

Foreign seasonal workers, holders of C-4 short-term working visas, will be coming to South Korea to work at designated farms for a maximum duration of three months.

The South Korean government introduced the program in 2015 to resolve shortages of farm workers due to an aging population.

By last year, a total of 4,127 foreign workers had come to work in the fields during the farming season.

This year, the ministry will be allocating five workers to each farm, and allow local farming cooperatives to request workers. Farms with a history of helping workers stay in South Korea illegally will receive fewer workers.

“We will work with relevant departments and local authorities to provide workers to farms when they are needed, while preventing any case of abuse or other unfair actions,” said the ministry.