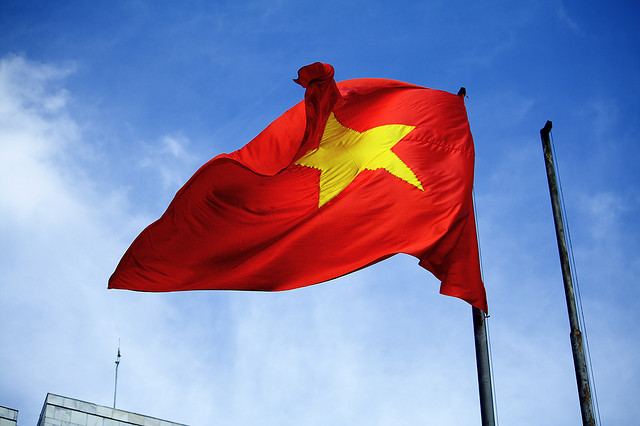 The Korea-Vietnam FTA was officially signed by the countries’ trade ministers in a ceremony held in Hanoi, about a month after the deal was initialed. (image: Nam-ho Park/flickr)

SEJONG, May 5 (Korea Bizwire) – South Korea and Vietnam signed a bilateral free trade agreement (FTA) Tuesday, the Seoul government said, with the countries seeking to implement the deal before the year’s end.

The Korea-Vietnam FTA was officially signed by the countries’ trade ministers in a ceremony held in Hanoi, about a month after the deal was initialed, according to the Ministry of Trade, Industry and Energy.

“The two countries have agreed to work together for early implementation of the Korea-Vietnam FTA,” it said in a press release.

The FTA still needs to be ratified by the countries’ respective legislatures before it can be implemented.

Bilateral trade between the two countries has been growing steadily since South Korea enacted its FTA with the Association of Southeast Asian Nations (ASEAN), of which Vietnam is a member. The Korea-ASEAN FTA went into effect in June 2007.

Efforts to sign a bilateral FTA between South Korea and Vietnam began in the following year as the countries sought to further expand their bilateral trade.

Under the Korea-ASEAN FTA, Vietnam has eliminated or is set to eliminate its import tariffs on 87 percent of products shipped from South Korea while Seoul will reciprocate the move on 91.3 percent of goods from the southeast Asian nation.

Under the Korea-Vietnam FTA, Vietnam will completely remove its import duties on 89.9 percent of all products from South Korea over a 15-year period following its implementation.

“The Korea-Vietnam FTA will be a key example of a mutually beneficial FTA by expanding South Korean firms’ investment in Vietnam while also boosting trade between the two countries,” South Korean Trade Minister Yoon Sang-jick was quoted as saying.

The first round of negotiations for a bilateral FTA with Vietnam was held in August 2012. The two countries held eight more rounds of FTA talks before striking a deal late last year.

In 2014, South Korea exported some US$22 billion worth of goods and services to Vietnam, making it one of the world’s largest destinations of South Korean products.

Bilateral trade between the two countries also reached over $30 billion last year, the largest ever since the countries established diplomatic ties in 1992.