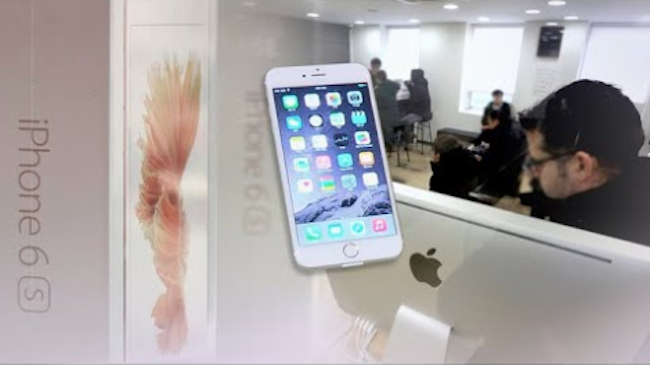 A South Korean consumer advocacy group on Thursday filed a lawsuit against Apple Inc. and its local unit Apple Korea for intentionally slowing down older iPhones in the latest legal challenge against the U.S. tech giant. (Image: Yonhap)

SEOUL, March 8 (Korea Bizwire) — A South Korean consumer advocacy group on Thursday filed a lawsuit against Apple Inc. and its local unit Apple Korea for intentionally slowing down older iPhones in the latest legal challenge against the U.S. tech giant.

The Citizens United for Consumer Sovereignty filed the suit at the Seoul Central District Court earlier in the day on behalf of 401 people. In January, the advocacy group filed a similar suit by representing 122 people.

The group demanded the U.S. company pay 2.2 million won (US$2,000) to each iPhone user, which includes the price for a new iPhone as well as compensation for stress caused by the case.

In December, Apple acknowledged that its operating software updates slowed down the operating speed of older iPhone models, claiming that the measure was necessary to prevent devices from suddenly shutting down.

But the advocacy group suspects that the move was intended to compel iPhone owners to buy new models.

Apple did not notify users of the slowdown, which the advocacy group said violated consumer rights. It also said Apple’s move could be tantamount to property damage and fraud under South Korea’s criminal law.

“The government should not remain silent over Apple’s illegal actions, and conduct an investigation and implement restrictions,” the group said. “Apple should make a sincere apology and provide viable compensation to revitalize its damaged credibility.”

Hannuri Law, a local law firm, said it will file a separate lawsuit as early as this month against Apple. The law firm has gathered 63,879 participants so far, which is expected to be the most participants for a single lawsuit.

In January, another South Korean law firm, Hwimyung, filed a similar suit against Apple on behalf of 403 people. Hwimyung said it is seeking compensation of 300,000 won per plaintiff.