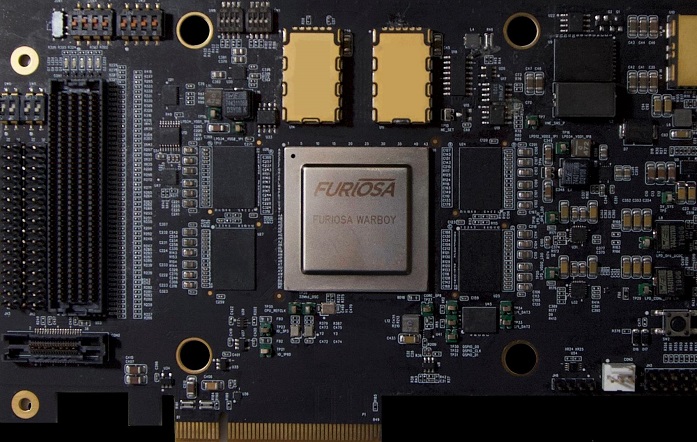 This photo provided by Furiosa AI shows its Warboy chip.

Furiosa AI was the only startup to submit performance results of its originally designed silicon chip in MLPerf’s inference section.

Warboy also demonstrated an equivalent level of performance with Nvidia’s A100, the company’s newest flagship product.

The company plans to introduce a semiconductor that supports hyper artificial intelligence including computer vision, natural language processing and algorithm recommendation by 2023.