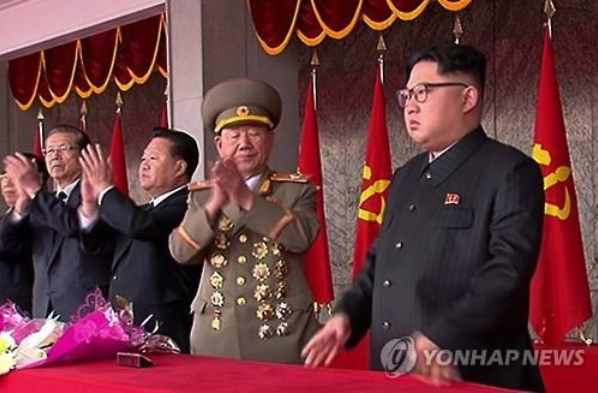 SEOUL, May 10 (Korea Bizwire) – North Korea held a mass celebration in the center of Pyongyang on Tuesday to mark the end of its ruling party congress that conferred on its leader Kim Jong-un a new title.

The four-day congress that concluded on Monday gave Kim the chairmanship of the ruling Workers’ Party of Korea (WPK), and revised the party’s rule to stipulate that Kim is its supreme leader.

It added that as the WPK’s chairman, Kim represents and leads the whole party.

The new title adds to Kim’s already long list of top positions that he has been given since assuming power following the sudden death of his father in late 2011.

“The Pyongyang mass rally and procession began at Kim Il-sung Square Tuesday in celebration of the successful 7th Congress of the WPK,” the North’s Korean Central News Agency said in an English dispatch.

Kim attended in a black Mao suit before the applauding crowd as the event began earlier in the day, according to the rally’s live broadcast by (North) Korean Central TV Broadcasting Station, monitored in Seoul.