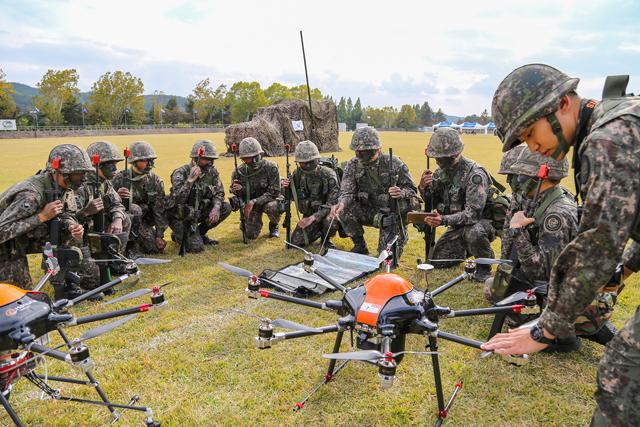 SEOUL, Dec. 29 (Korea Bizwire) — South Korea’s Army said Friday it will select soldiers next year to serve in the envisioned “dronebot combat unit,” which it describes as a potential game changer in warfare.

The Army will create a related military occupational specialty (MOS) in the coming year. It stopped short of revealing the exact schedule and size of the new team.

“Drone operation troops will be tasked with maneuvering military drones in peace and wartime,” it said.

It calls the defense asset a “dronebot,” a combination of the words “drone” and “robot.”

The Army is preparing to begin the recruitment process in consultation with the Military Manpower Administration, with those with certificates related to drone maintenance and operation preferred.

It’s also considering training commissioned and noncommissioned Army officers to join the dronebot team. It will establish a “dronebot military research center” in January to study its mission and combat role.