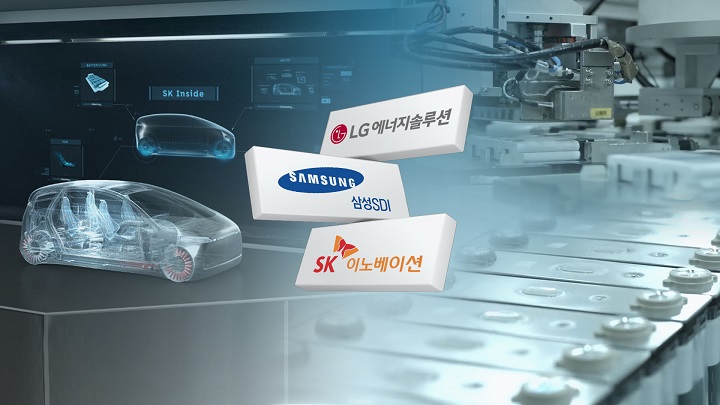 The combined market share of LG Energy Solution Ltd., SK On Co. and Samsung SDI Co. stood at 26.3 percent for the January-March period, compared with 33.2 percent the previous year, according to the report by market tracker SNE Research.

The decline in the market share contrasts with the advance by Chinese firms, including top player CATL whose share went up sharply to 35 percent from 28.5 percent in the same period.

CATL and two other Chinese companies — BYD and CALB — altogether accounted for 50.5 percent of total market share, up from 38 percent a year ago.

Chinese battery makers have been leading the market on the back of strong domestic supply demand and Beijing’s policy support.

Among the South Korean companies, the market portion of SK On, the battery-making subsidiary of SK Innovation Co., maintained fifth place with a 6.6 percent share, up from 5.3 percent, boosted by strong sales of the Hyundai IONIQ 5 and Kia’s Niro EV and EV6, SNE Research noted.

Samsung SDI, which supplies batteries for the BMW iX and Fiat 500, was pushed back by one notch to the seventh spot, outrun by CALB.

LG Energy Solution, which retained the second spot, counts Tesla, Volkswagen and Audi as its clients.