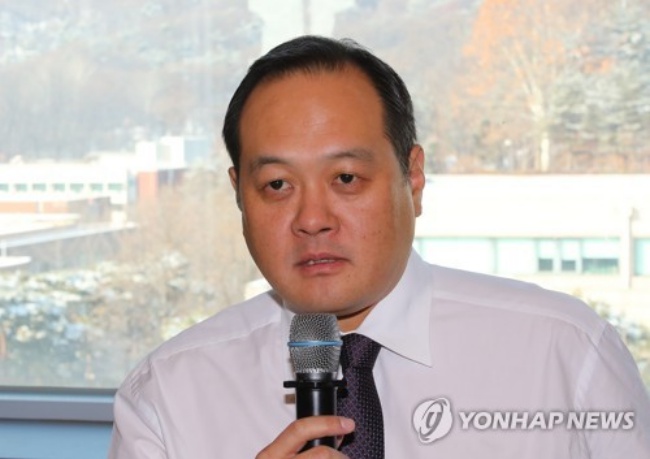 SEOUL, Dec. 21 (Korea Bizwire) – South Korea’s chef de mission for the 2018 PyeongChang Winter Olympic Games said Thursday he is ready to give his utmost effort to help the national team finish inside the top four in the medal race.

Kim Ji-yong, executive director at Kookmin University in Seoul, was named the chief delegate for South Korea at the PyeongChang Olympics in October. The 44-year-old said he is determined to support athletes at South Korea’s first Winter Olympics.

“It’s the first time in 30 years that the Olympic Games are coming to South Korea, and since it’s the first ever Winter Games here, I feel honored,” Kim said at a press meeting. “But at the same time, I feel a heavy responsibility. I will provide my know-how in winter sports as the chief delegate.”

Kim previously served as the deputy head of the South Korean delegation to the 2014 Sochi Winter Games. At the Winter Universiade in Almaty, Kazakhstan, in January this year, he was the country’s chef de mission. He was also a competitive skier who participated in local youth events.

“I think most people will be interested in events where we can win the medals, but I also want people to support those who compete in other disciplines,” he said. “Personally, I would like to support mogul skier Choi Jae-woo.”

Kim said he will try his best to help South Korea finish inside the top four in the medal standings. South Korea’s best Winter Olympic performance was in 2010, when they ranked sixth with six gold, six silver and two bronze medals. At the 2014 Sochi Games, South Korea settled for 13th place.

The Korean Sport & Olympic Committee (KSOC) will hold a launching ceremony for the South Korean delegation for the PyeongChang Olympics on Jan. 24.

So far, 95 South Korean athletes in four sports have qualified for the Feb. 9-25 PyeongChang Olympics. The KSOC plans to send 130 athletes in seven sports, but it expects that the maximum 150 athletes will perform at the Olympics next year.