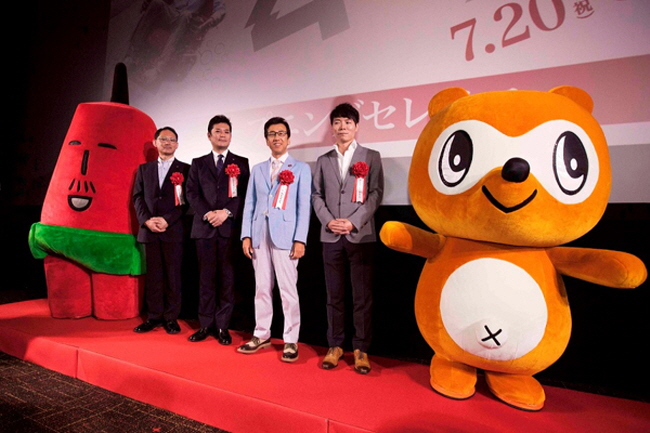 The company plans to increase to 30 the number of 4DX theaters on the island nation. (image: CJ CGV)

The six recently opened at multiplex theaters in six cities, including Sapporo, Maebashi and Himeji, CJ 4DXPlex Co. said in a release. The 4DX auditoriums in Sapporo and Himeji were the first such theaters in those cities.

The move brought to 17 the total number of CJ-run 4DX theaters in Japan.

Japan is the fastest growing market among the 34 countries where CJ’s 4DX theater business has advanced.

The company plans to increase to 30 the number of 4DX theaters on the island nation.

“Japan has a high rate of viewers who revisit 4DX theaters as they enjoy viewing a film more than once even though they’ve already seen it,” said Choi Yeon-churl, chief of the company’s 4DX team. “We plan to aggressively increase the number of such theaters, making full use of such a national trait.”