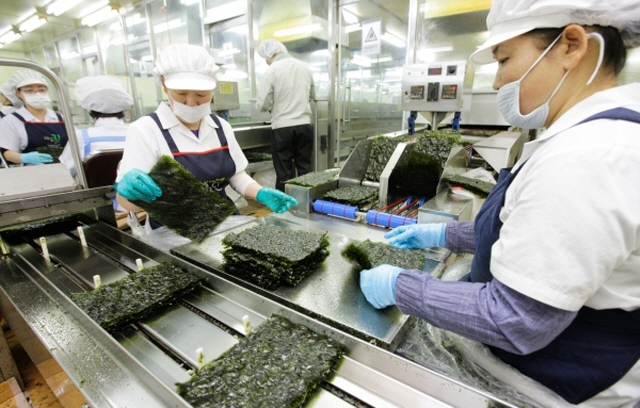 SEOUL, Jul. 22 (Korea Bizwire) — South Korean-made dried laver is the number one player in the Indonesian market with an increasing market share.

In particular, South Korea is seen as an “origin country of dried laver” in Indonesia as Korean dried laver products are more than 10 times more popular than Japanese products.

Indonesia’s dried laver import market has been growing steadily, from US$595,000 in 2016 to US$2.05 million in 2017 and $2.88 million last year, according to Korea Trade-Investment Promotion Agency (KOTRA) Sunday.

In fact, the size of Korean imports has clearly surged over the past three years, with Korean products controlling 80.7 percent of the total import market.

On the other hand, Indonesian purchases of dried laver from Japan stood at US$292,000 last year. The gap between Korean and Japanese laver imports is nearly 10 times.

Meanwhile, in Indonesia, dried laver is perceived as a snack, not a side dish. Of note, the demand for Korean dried laver has been on the rise as interest in K-food has spread due to the recent Hallyu craze.

Recently, even Japanese sushi restaurants in Indonesia are buying Korean-made dried laver, not Japanese, according to KOTRA Jakarta.