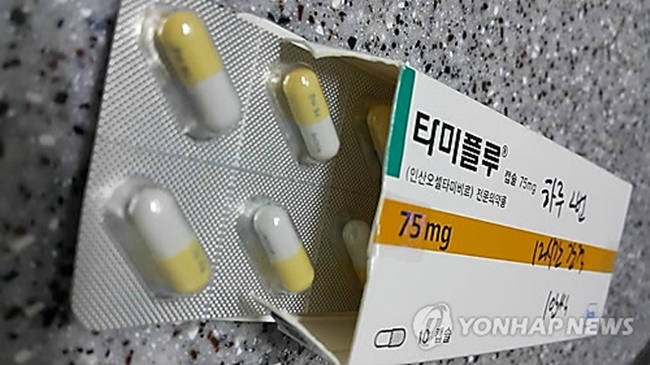 About 100 South Korean drugs companies are producing generic versions of Tamiflu to ease the shortage in supply of the world’s only anti-viral drug, as its 20-year patient protection expired in August. (Image: Yonhap)

About 100 South Korean drugs companies are producing generic versions of Tamiflu to ease the shortage in supply of the world’s only anti-viral drug, as its 20-year patient protection expired in August.

Among the companies are Yuhan Corp., Daewoong Pharmaceutical Co. and Green Cross Corp.

Tamiflu has chronically been in short supply, as Roche Inc., the Swiss manufacturer of the drug, does not have enough production capacity to meet worldwide demand. Roche has yet to release Tamiflu in powdered form in South Korea.

South Korean drug companies have applied for the production of 134 generic versions with 18 in powered form and the rest in capsules, according to the Ministry of Food and Drug Safety (MFDS).

Generic drugs are sold at about half the price of the original versions, helping lower the original drug prices by about 30 percent.

“South Korean drugs companies are making efforts to make inroads into the anti-viral medication market with powdered generic versions of Tamiflu ahead of the winter flu season,” an industry source said. “It is an important marketing strategy for drugs companies to make generic drugs in a variety of forms.”