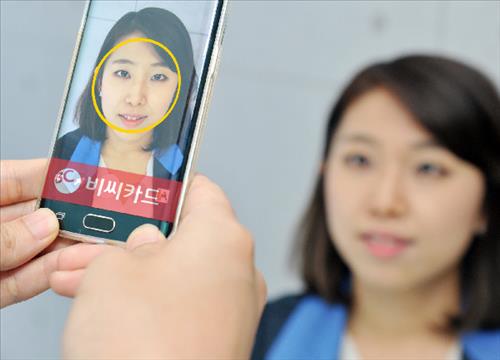 Some banks and card firms are moving to adopt state-of-the-art technologies to keep up with the fast-changing mobile-led market trends amid a recent wave of fintech, a combination of finance and technology. (image: BC Card)

SEOUL, Aug. 4 (Korea Bizwire) – In the mega-hit movie “Minority Report,” buildings, shops and streets are full of electronic biometric systems that use red flashes and lights to scan the irises of all passers-by and identify them in order to send them custom-tailored services and advertisements.

Before entering a security agency, Tom Cruise, who played the main character, puts the back of his hand on a scanner to show his vein patterns, rather than touching his identification card on a pad.

When the film was released in 2002, biometric recognition systems seemed like something from the distant future.

Thirteen years later, however, many of the future-looking biometric technologies have found their way into some parts of our lives; for example, some countries use iris-scanning gates or fingerprinting collectors at their international airports.

South Korea is no exception. Some banks and card firms are moving to adopt state-of-the-art technologies to keep up with the fast-changing mobile-led market trends amid a recent wave of fintech, a combination of finance and technology.

In May, the Financial Services Commission, the country’s top financial regulator, cleared legal and administrative hurdles, allowing financial companies to adopt biometrics and other methods to identify customers starting in September. 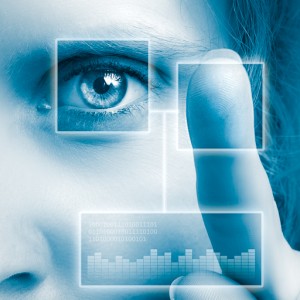 Individual characteristics like fingerprints, voices, retinas or irises are so unique that they are virtually impossible for hackers to forge. (image: Leszek Leszczynski/flickr)

Biometrics recognition is based on the comparison of an original picture of physical characteristics and an image scanned into a system in a request for access. If there is a match, then access is granted.

Individual characteristics like fingerprints, voices, retinas or irises are so unique that they are virtually impossible for hackers to forge.

Automated biometric identification can be done very rapidly and uniformly, with a minimum of training and without resorting to documents that may be stolen, lost or altered. And users don’t have to memorize multiple passwords that should be changed every month.

BC Card, a leading credit card issuer, is the first local financial institution to launch a biometric recognition and settlement service next month, using a fingerprint scanning system.

Its customers, who have iPhone 6 and Galaxy S6 smartphones, can log on to the company’s mobile application with a single finger touch on the device and make payments.

The card firm said it has adopted the new technology as it offers enhanced security and convenience in financial transactions over traditional identification tools such as alphanumeric passwords.

“The biometric authentication technologies have developed to a certain level, so that now it can be applied to the financial payment system,” said Lee Moo-yeon, who is in charge of the fintech technology team at BC Card. “We’ve secured high accuracy, or match rate, using a fingerprint scanning tech in this finance field.”

Shinhan Bank, the country’s No. 2 lender, is preparing to introduce a vein pattern recognition system, while the state-run Industrial Bank of Korea (IBK) is focusing on the iris technology.

“We plan to use the iris recognition technology as a non-face-to-face tool that certifies our customers,” said Son Chul-kyu from the IBK. “We have regular meetings with its developer and exchange many ideas to utilize the technology for identification.”

With several local financial institutions poised to adopt the novel technology, critics argue that the collection of customers’ biometrics raises privacy concerns about the use and storage of such information in a country where the collection of all adults’ fingerprints is mandatory. 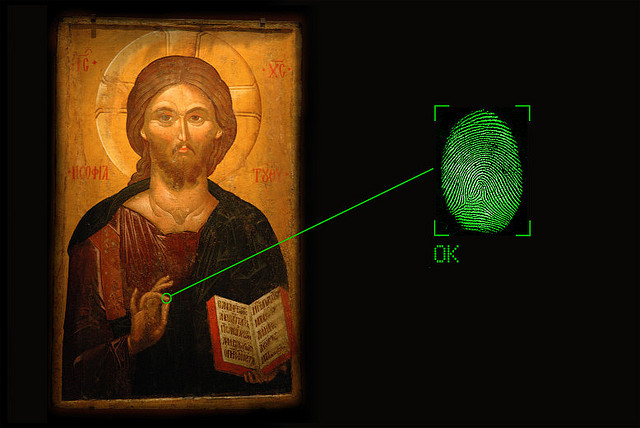 Automated biometric identification can be done very rapidly and uniformly, with a minimum of training and without resorting to documents that may be stolen, lost or altered. (image: Alain/flickr)

There is also a concern over how the biometric data will be stored and safeguarded, and who will have access to this information. State authorities or companies that are allowed to access the data could use the information to track people’s movements without their knowledge or consent.

“Despite biometric technology’s convenience and higher accuracy in recognition, it has spread at a slow pace because of the concern,” said Jung Hoon, a researcher from KB Research. “Koreans feel uneasy when they have to register their physiological data with financial firms, and they are also worried about possible data leaks.”

BC Card said the company itself does not store the biometric data, but the users’ devices do.

“Under our biometric identification and settlement system, the individual biometric data is stored in the device, not in a company server,” said the fintech technology team at BC Card. “The smartphone checks the fingerprint, or facial information later, and sends the code to the card firm if it matches. Then, we approve the payment.”

“We are very cautious in applying biometric technology to our customer services because of the security concerns,” said Choi Joo-hyun from KB Financial. “It’s a daunting task. We don’t have any close plans to adopt biometric recognition services for the time being until such problems are solved.”

Customers harbor mixed feelings about the planned launch of the biometric identification services.

While hailing the convenience that the biometric technology will bring about in their financial transactions, they are worried about the security of their private data.

“I always get annoyed when I have to insert my ID and passwords several times before buying a blouse at a mobile shopping mall. If I don’t have to go through the process, I’ll love it,” said Bae Hye-jin, a 34-year-old office worker who enjoys mobile shopping. “But I feel like this: is this OK to go this fast, this easy? What will they do with my fingerprint?”