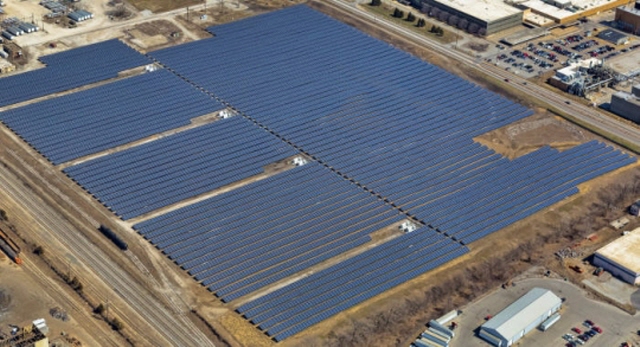 The solar modules to be shipped are capable of generating enough electricity to support a city with a population of 2.5 million. (image: Hanwha Q Cells)

Under the deal, Hanwha Q Cells will export 1.5-gigawatt photovoltaic solar modules between the fourth quarter of this year and late 2016 to the U.S.’ No. 2 power firm, the South Korean company said, without disclosing the deal’s value.

The solar modules to be shipped are capable of generating enough electricity to support a city with a population of 2.5 million, it said.

NextEra will install the solar modules on its solar farm to be built in the U.S., according to Hanwha Q Cells

Hanwha Q Cells emerged as the world’s largest solar power company after acquiring Hanwha SolarOne Co. in February, following its merger with German solar panel producer Q Cells in 2012. It has a production capacity of 3.28 gigawatts.

Hanwha Q Cells, which is listed on the U.S. tech-laden NASDAQ, is a renewable energy unit under Hanwha Group, South Korea’s tenth-largest conglomerate which has businesses ranging from defense and chemicals, to finance and resorts.