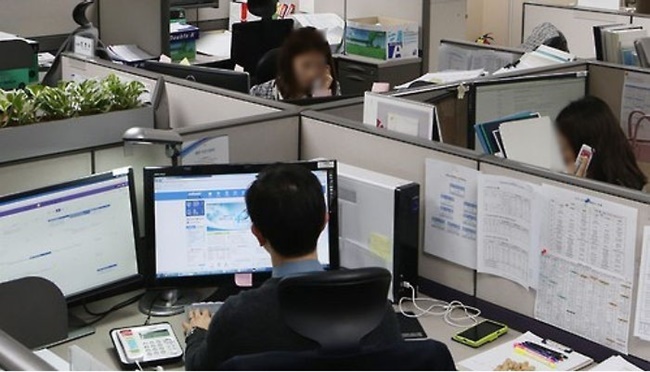 According to a survey conducted by the Seoul Metropolitan Government, the average monthly income among freelancers stood at 1.529 million won, falling just short of 1.57 million won, the monthly income for a full time worker on the nation’s minimum wage. (Image: Yonhap)

The findings also showed around 44 percent are working with no contract, with a significant portion of the respondents having experienced late salary payments and unilateral cancellation of contracts.

Nearly 72 percent earned less than 2 million won per month, with the gap between the successful and unsuccessful workers notably wide.

When asked about how their payment was determined, many said ‘standard practices’ in the industry were the norm, while working hours, the difficulty of work, and experience were also considered, highlighting the lack of clear criteria in the wage determination process for freelance work.

Over 6 in 10 freelancers didn’t get advance notice for contract cancellations, with over half having no work on a regular basis.

When asked about solutions to the problems, most called for legal counseling and aid for financial damages, as well as increased monitoring efforts for human rights violations.

The survey was conducted in February and March with a sample of 1,000 freelancers working in various fields in Seoul, including musicians, designers, and computer programmers.