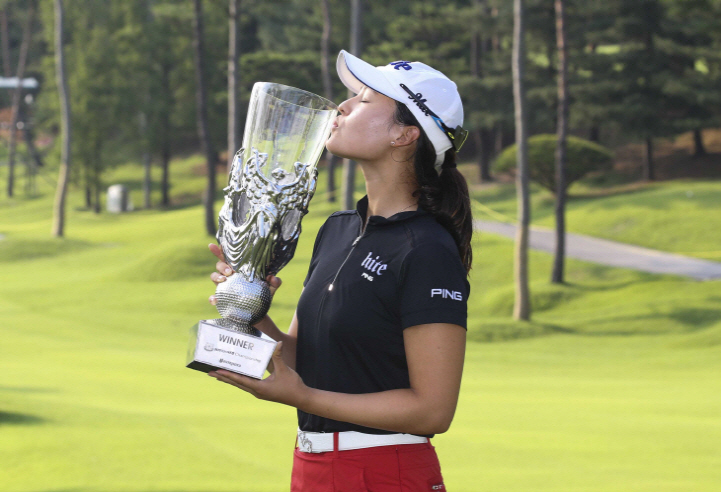 Chun, 20, shot one-over 73 in the final round with a total of 8-under 208 to take the Hite-Jinro Championship in Yeoju, 105 kilometers south of Seoul.

She captured the U.S. Women’s Open earlier this month in Lancaster, Pennsylvania for her first LPGA major title. In May, Chun also claimed her title on the Japanese LPGA Tour.

Golfer Shin Ji-yai won three tours in 2008, but she failed to win a major in Japan though she claimed major championships in the U.S. and South Korea.

“A golf course was difficult, but I was able to get good results as I enjoyed playing with my fans’ cheering me on,” Chun said. “I appreciate my father for allowing me to play golf.”

On Thursday, Chun will play in the next LPGA major, the Ricoh Women’s British Open in Turnberry, Scotland.