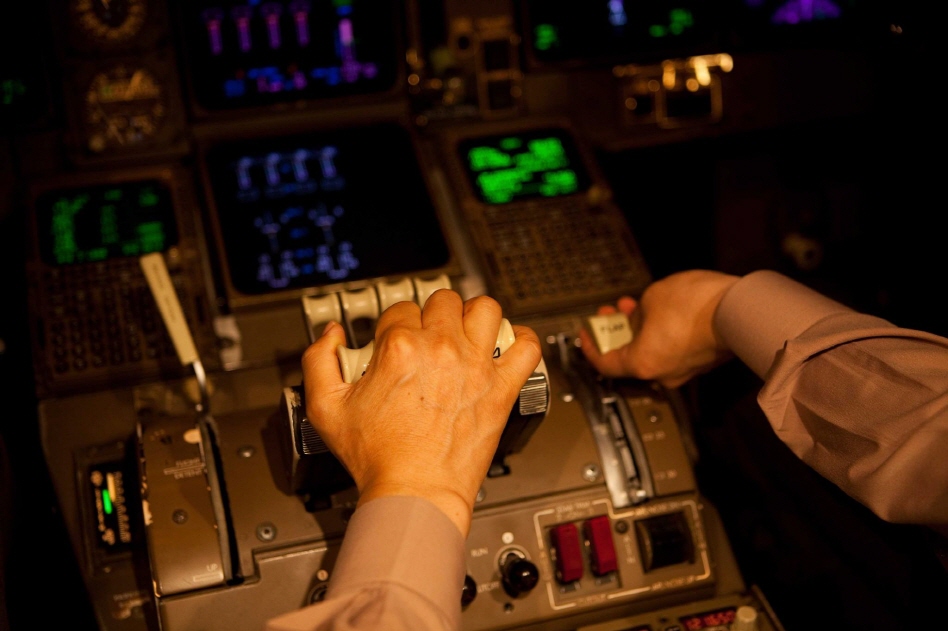 SEOUL, Oct. 12 (Korea Bizwire) — Park Gyeong-cheol, a 35-year-old pilot for Asiana Airlines Inc., thought he had found his lifetime job when he first entered the company years ago.

Following grueling training and tests, he was proud and made a promise to himself to stay with the country’s second-largest flag carrier till the end of his career.

That promise, however, has been shaky since he got to know that many of his colleagues — mostly captain-level pilots — are seeking to move to Chinese airlines for much higher salaries and better working conditions that he might not be able to get his hands on until his retirement.

“I would go right away if I get an offer. No doubt about it,” Park said in a recent interview with Yonhap News Agency, asking to be identified by an alias. “It has become a casual greeting between close co-workers to say, ‘You’re still here? Why haven’t you left?’”

A growing number of South Korean pilots are leaving the country in search of higher pay and better working conditions promised by Chinese airlines, which are aggressively pushing to expand their fleets in recent years in line with the exploding demand for air travel.

According to the transportation ministry, the number of pilots who left South Korea’s top carrier, Korean Air Lines Co., during the January-July period of this year came to 42. This has already surpassed the 26 pilots who left the company in 2013 and 27 in 2014.

The number of pilots quitting No. 2 carrier Asiana Airlines is also on the rise, with the figure coming to 29 during the first seven months of the year. The corresponding numbers for 2013 and 2014 stood at 24 and 31.

Some might have landed jobs at local rivals but market experts say that a majority of them are leaving for Chinese airlines apparently in need of experienced pilots ready to work for their fast-expanding fleets.

Media reports said that about 25 percent of the planes to be manufactured and delivered by Boeing this year will go to China. An airliner needs more than a dozen pilots to be fully operational, according to industry sources.

Though exact data are not available, demand is expected to rise further in the years to come. Market reports predicted that the number of commercial airplanes held by Chinese companies could triple over the next two decades.

The problem is that China is having trouble securing qualified and experienced pilots to keep pace with the fast increase in the number of airplanes. South Korean pilots might be optimal choices for them as they are known for their skills and hard work.

“China’s demand for pilots is spiking especially recently as many low-budget carriers are entering the market,” said Shim Jae-hong, a transportation ministry official.

“They are in need of pilots right away and South Korean pilots might be their easy choice, given that they are highly qualified and that both countries also have many things in common when it comes to culture,” he added.

It would be hard for Korean pilots to resist Chinese airlines’ offers for much higher salaries and more perks than they currently receive at their home companies.

A job wanted ad posted on a major pilot recruitment website by a Chinese airline recently promises nearly US$300,000 in annual salary, which is about three times the amount a junior pilot could receive in South Korea.

Some Korean pilots blame what might be the beginning of the exodus of qualified pilots in part on their sub-global standard salary levels, which have been almost frozen over the past decade since they went on strike in 2005.

The strike by pilots, who were already deemed highly paid, drew flak as they demanded even more pay. They were also criticized for holding key public service and the national economy hostage.

In the wake of the strike at both flag carriers — Korean Air and Asiana Airlines — the government designated airlines as “public interest” companies, practically making it impossible for them to walk out again.

Pilots and inside officials claim that it has hurt their negotiating power in talks over salaries and other working conditions.

“Since I entered this company, there have been few salary hikes. Labor unions seem to have no bargaining power in talks with the management since there is no option for a strike,” said Park of Asiana Airlines.’

A two-tier salary system favoring foreign pilots over Korean colleagues within local carriers is also cited as a factor behind the recent personnel outflow.

“In a nutshell, Korean pilots are paid below global standards and Chinese airlines are paying much more than the standards. Do the math, the answer is simple. You have to go,” an insider in the aviation industry here said on condition of anonymity.

Concerns are being raised that this might end up compromising flight safety for passengers as a growing number of experienced pilots are leaving. In addition to about 150 million won needed to train a pilot, the experience a pilot has accumulated for a long period of time is not something that can be easily replaced.

Company officials don’t seem to be bothered about the recent hike in pilot outflows, saying that it is not a big deal, given that the overall proportion is quite small out of more than 5,000 others that can fly commercial planes here. They also seem to believe that any void left behind by those who leave could be filled by bringing in pilots from other countries.

Faced with a potential large-scale outflow of qualified pilots, however, some experts point out that the number is rising steadily and the pace could pick up sharply down the road if nothing is done.

“In the short term, this is not a big deal. Airline companies here are simply thinking that they can recruit pilots from other countries if needed,” said Shim of the transportation ministry. “The problem is that this could cause a sinking feeling among the pilot community that could prod more of them to leave for China. Something has to be done to prevent it.”

A lawmaker also took notice of the potential danger, noting that the outflow and a shortage of qualified pilots could cause safety problems.

“A lack of pilots could result in a rise in flight hours and this will eventually compromise the safety of passengers. It is a major factor that could hurt not just the competitiveness of commercial airlines but also that of the whole nation,” Rep. Park Soo-hyun of the main opposition New Politics Alliance for Democracy said in a recent press release.

According to a report by the International Civil Aviation Organization (ICAO), the number of airline passengers will likely grow by an annual average of 44 percent until 2030. Market experts projected that the global shortage of pilots could reach around 25,000 annually.

South Korea is faced with a similar shortage. The transportation ministry here forecast that the country will likely need about 1,300 more pilots by 2018 to meet the growing demand.