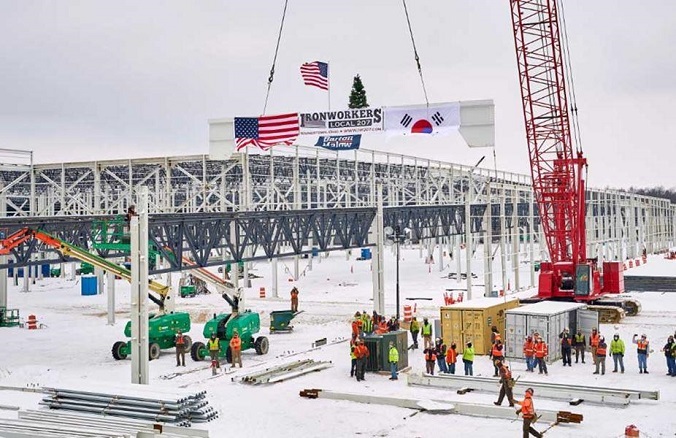 This photo, provided by LG Energy Solution Ltd., shows the construction site for its joint battery plant with General Motors Co. in Ohio, the United States.

Aluminum pouch films are a type of coating material that protects the critical components in lithium-ion batteries, including anodes and cathodes, separators and electrolyte.

The latest agreement marks the first case of commercial-scale domestic production by a South Korean supplier, which will help South Korean battery makers reduce their dependency on the Japanese-made pouch films.

Youlchon had mainly engaged in producing standard pouch films for packaging, but in recent years, it has focused on the high-formability pouch film manufacturing for EV batteries, with the technological and personnel support from LG Energy Solution, according to industry watchers.

The high-formability aluminum pouch films are about 20 percent thicker than the existing products, which allows it to be better formed into certain required shapes or structures without cracking and therefore enhances the battery performance.