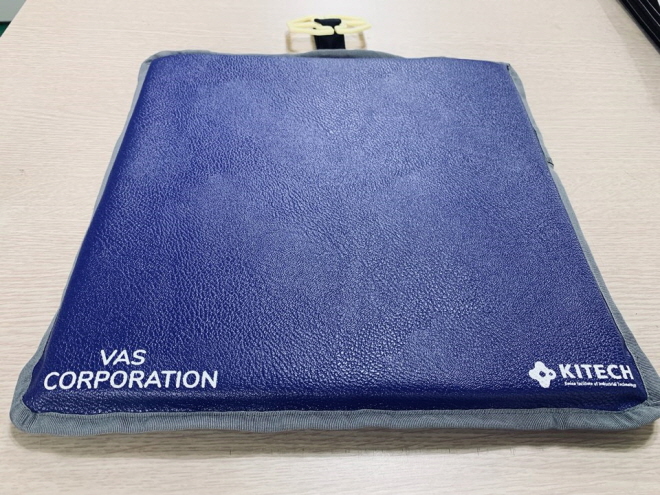 In Vietnam, demand for child safety products has been on the rise following an accident in August in which a six-year-old child was left alone for nine hours on a school bus. (image: Korea Institute of Industrial Technology)

CHEONAN, Oct. 2 (Korea Bizwire) — Special school bus cushions developed in South Korea that send the status of children entering and leaving school vehicles to smartphones in real time and sound a warning if children are left behind will be exported to Vietnam.

According to the Korea Institute of Industrial Technology (KITECH) Tuesday, Vietnam’s information and communication technology company VAS Corp. will import 1,000 finished products from Korea to check sleeping children in vehicles and sell them starting this month.

Afterwards, VAS is planning to buy pressure sensors and communications modules from South Korea when the volume of orders increases.

If needed, VAS will push for production carried out in Vietnam with the goal of assembling parts and making the cushions domestically.

In Vietnam, demand for child safety products has been on the rise following an accident in August in which a six-year-old child was left alone for nine hours on a school bus.

The cushion for identifying sleeping children in a vehicle was jointly developed by Dr. Cho Han-chul at the KITECH and a partner of the institute last December.

If the cushion is placed on a seat and linked to a smartphone, it can be conveniently used anywhere with a dedicated app.

The core function of the cushion is to send out alarms to smartphones if teachers drop the Bluetooth connection.

Furthermore, the cushion includes a service where the child’s status is shared with his or her parents and bus entry and exit data is automatically sent in real time.

“We are pleased to see the commercialization of products developed along with Korean small and medium-sized companies,” Dr. Cho said.

“We will help expand our export market to more Southeast Asian countries.”